Oprah Winfrey: It's Not In My DNA To Run For President 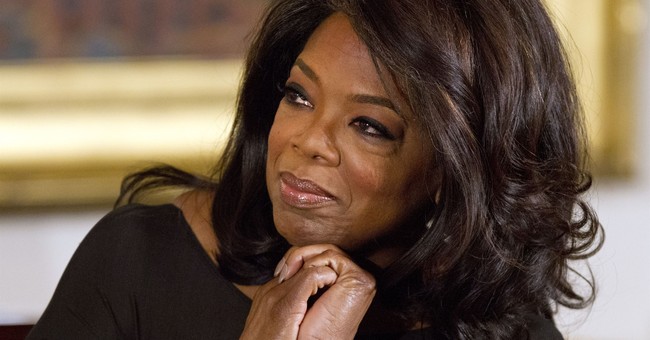 Well, folks—Oprah 2020 is over. The dream is dead. The speculation is no more; she’s not running. And it’s not necessarily a surprise. Last October, the television personality and business mogul said she wasn’t going to run for president. A lot of hype was stirred up from her speech at the Golden Globes, as Democrats look desperately to find someone they can run against Trump in 2020. Now, she says it’s just not in her blood (via NYT):

It was a speech that inspired the fantasies of Democrats across America, all of them centered on a single question: Will she run for president in 2020?

Now, less than two weeks after she raised those hopes, Oprah Winfrey, the billionaire media magnate, is ready to dash them.

In an interview for the March issue of InStyle, the beauty and fashion magazine, the former talk show host was asked how she felt about the prospect of what would have been a historic campaign to put a black woman in the White House.

“I’ve always felt very secure and confident with myself in knowing what I could do and what I could not,” she said. “And so it’s not something that interests me. I don’t have the DNA for it.”

"I don't have the DNA for it." Oprah Winfrey tells InStyle Magazine that she has "no interest" in a run for president in 2020 https://t.co/YqNMbwOQ9M pic.twitter.com/0EztR3xzic

Philippe Reines, a former Clinton adviser, spoke at the Washington Center earlier this month, where he said the 2020 Democratic primary is going to be a “circus,” and that he doubts his own party’s slate of candidates could be effective in fighting Trump on the campaign trail.

Liberals probably thought Oprah was a well-known personality and a successful businesswoman, so why not run her. Yet, this was the party that was stressing experience in the 2016 campaign, and there was consternation among liberals who said that with an Oprah candidacy, we’re crystalizing the move away from government experience and serious policy-making and towards wealth and celebrity—a special emphasis on the latter—becoming the top characteristics for presidential candidates. At the same time, these same liberals noted that the Winfrey fever just shows how depleted their bench has become since Obama.