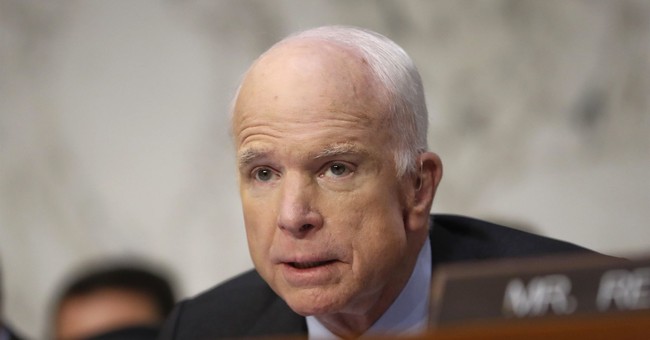 Well, Sen. John McCain (R-AZ), or someone in his office, decided it was time to expand the Arizona Republican’s social media footprint. With less than 100 followers away from three million on Twitter, McCain, or someone on his staff, decided to send a tweet urging new followers to help the senator reach that benchmark. It should have been an easy task, but it turned into a fail whale of epic proportions (initially). That 74-follower gap became a near 20,000-follower exodus for a brief time yesterday (via The Hill):

We're only 74 Twitter followers away from 3M - spread the word & help us reach this big milestone!

At this point, McCain has lost 19,461 followers after this tweet https://t.co/FykigK2NoT

On Monday, McCain tweeted that his account was only 74 followers away from 3 million, and asked his followers to “spread the word” to help him reach that number.

Some of the top replies to the senator’s original tweet are from former followers who deliberately decided to unfollow, citing reasons largely connected to the GOP tax bill.

Now, according to Fox News, McCain has reached the three million-follower benchmark, but a brief view of his new followers have brought on questions that bots were involved.

Recommended
Will Congress Take Away Your Credit Card?
Stephen Moore

lol @SenJohnMcCain losing thousands of followers after asking for 74 more. The internet is funny pic.twitter.com/AxfBO9nnN1