Enjoy: Here Are Some Anti-Trump Voters Who Shouted At The Sky On Anniversary Of Hillary’s Stunning Defeat 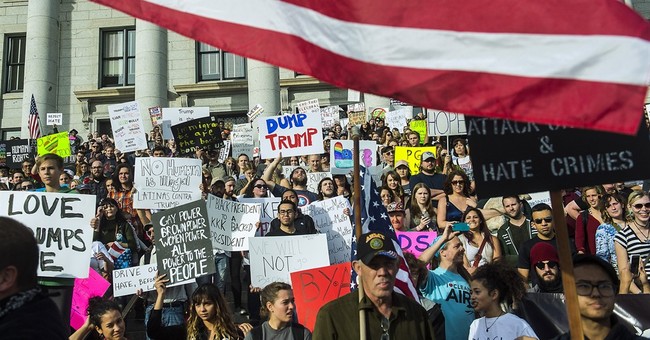 We said this was going to happen and now it’s over. In case you missed it, Wednesday marked the one-year anniversary of Donald Trump beating Hillary Clinton. It was one of the most stunning upsets in American political history. No one said Trump could win (that includes me), but think of it as Christmas come early: Hillary Clinton was not elected president. And that should be what unites the party, no matter what you thought of Trump or who you previously supported in the GOP primaries. Yet, for some liberals, November 8 was still a punch to the gut. Some participated in these Facebook-launched events, which occurred in Denver, Philadelphia, New York, and Pittsburgh. David Rutz at The Washington Free Beacon found some clips, where these folks literally screamed at the sky for about a minute and then got on with their lives. Many millions more did that the day after Election Day. It’s such a childish reaction. Ed Gillespie and the Virginia GOP got trounced in the 2017 elections this week. We didn’t set things on fire and no, I didn’t scream at the sky. And as far as I can tell, we’re still here. Nevertheless, these morons do provide some amazing entertainment.

I am genuinely torn between "holy crap that was tectonic" and "why are we getting so worked up over results that generally mirrored 2016.