Southwest Flight Attendant: I'm Pro-Life And Criticized My Union So They Fired Me 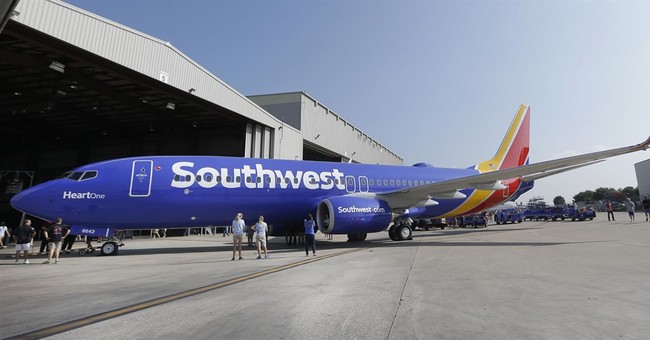 If you’ve ever seen Planes, Trains, and Automobiles or Meet The Parents—two films I can think of from the top of my head that show flight attendant abuse (for lack of a better word)—you know that the job is difficult. Heck, forget the movies, I’m sure there has been some instance in which an unruly passenger just lays into a flight attendant. And then there are cases where the flight attendants are just as curt and surly towards the passengers. Well, for one Southwest flight attendant, Charlene Carter, she found herself out of a job because she was pro-life and she criticized her union for using dues to help pay for a troop of flight attendants to participate in the Women’s March in Washington D.C. She made these views known to her union president Audrey Stone. She later found herself out of a job due to her position on abortion, which was described as “highly offensive,” and for the message to Stone, which were classified as harassment. Bill McMorris at the Free Beacon has more:

Charlene Carter of Aurora, Colo., filed suit against the company and union in a Texas federal court. She said her employment was terminated after she expressed her religious beliefs regarding abortion in Facebook posts and messages to union president Audrey Stone.

The suit alleges that Stone and the company's actions represented retaliation over her bid to stop paying "compelled fees for its political, ideological, and other nonbargaining spending, and to engage in other speech and activity in opposition to Local 556." Carter criticized the union for using employee dues to fly two dozen officials and flight attendants to attend January's Women's March protest.

She sent messages to Stone objecting to the use of union resources to participate in the march and included a link to a video depicting an abortion, as well as articles about the participation of a convicted terrorist in the March. She repeatedly said "Recall is going to happen," referring to a decertification campaign Carter supported and later sent an email in support of national right-to-work legislation.

"This [an abortion] is what you supported during your Paid Leave with others at the Women’s MARCH in DC," she said in a series of Facebook messages. "Wonder how this will be coded in the LM2 Financials … cause I know we paid for this along with your Despicable Party. … Can't wait for you to have to be just a regular flight attendant again."

The company fired her in March, citing her pro-life posts as "highly offensive in nature" and her messages to Stone as "harassing and inappropriate" and warned that her activism was in potential violation of its discrimination policy. Carter's suit says she is the only victim of discrimination in the case, pointing to several union members who were never punished or reinstated following death threats on social media.

McMorris added that Carter hopes to get her job back and back pay with this lawsuit.