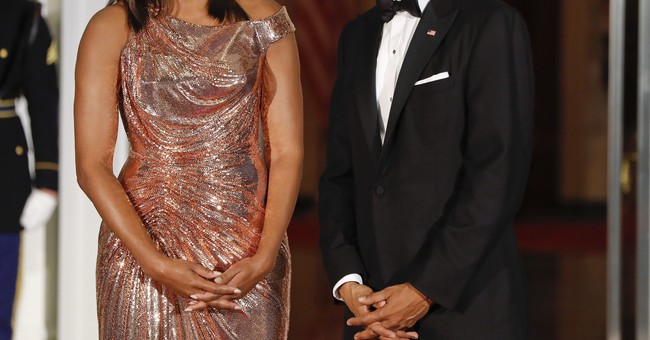 The former president’s aides did say that Barack Obama would be making fundraising appearances, albeit he would do a “delicate dance” as the 2018 midterms heat up to avoid becoming foil for the GOP. He’s a polarizing force in politics. He’s an ex-president trying to help his party achieve success next year. I don’t think there’s any delicate or light footprint approach to this, especially when there are no emerging leaders within the Democratic Party. Bernie Sanders isn’t a Democrat, Hillary is finished, and Joe Biden, while appealing, represents the establishment mold that the progressive base wants to change. Either way, the former president is set to make his first fundraising appearance for the Democratic National Committee this month (via CNN):

Former President Barack Obama is set to hold a fundraiser for the Democratic National Committee -- the first time he'll raise money for the party and just his second political event overall since leaving office, a Democratic Party official told CNN on Friday.

The fundraiser, set for September 27 in Washington according to a Democratic Party official, is expected to help Obama's former labor secretary, DNC Chairman Tom Perez, bolster the party's lagging fundraising numbers and pump money into state parties and Virginia races this fall.

Invites to party donors are going out Friday afternoon.

Obama's first in-person foray back into politics since leaving the White House came in July, when he attended a small, private fundraiser at a house in Washington for the National Democratic Redistricting Committee, the new group led by former Attorney General Eric Holder.

If there is one thing Obama can do is draw a crowd and the big wigs’ checkbooks. And frankly, the Democratic Party needs serious help in fundraising, as the Republicans have consistently outraised them this year. Yet, money is the least of their problems. They need to figure out a new message, find out who is the actual leader of the party, and finally decide whether to try and reach out to Obama voters who flipped for Trump voters or double down in trying to maximize things in the urban areas. Yet, for the liberals, having Obama emerge is a welcome sign, though an ironic one since he oversaw their complete collapse as he left office. The DNC has said that rebuilding state party structures is a priority, but they're going to need to raise more cash if they want that to be a successful venture.