Here's What Obama Wrote To Trump Upon Leaving Office 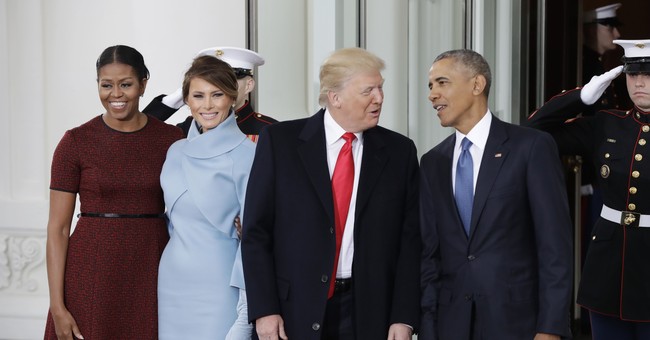 Being president of the United States is a rare privilege for those who want to dive into the daunting task of running a national campaign for over a year, convince enough people you’re right for the job, and then handle not just domestic issues, but also international ones that impact pretty much everyone. Yet, it’s also an exclusive club and there’s some camaraderie between former presidents due to the sacrifices and tasks at hand. Bill Clinton and George H.W. Bush are probably the most famous odd couple, with Clinton destroying Bush in 1992 election. Now, they’re best friends, appearing together for various events relating to business and philanthropy. It’s customary for presidents to leave a letter for their successor. In keeping with tradition, Obama left one for Donald Trump, who did not reveal its contents. CNN obtained a copy of the letter:

Congratulations on a remarkable run. Millions have placed their hopes in you, and all of us, regardless of party, should hope for expanded prosperity and security during your tenure.

This is a unique office, without a clear blueprint for success, so I don't know that any advice from me will be particularly helpful. Still, let me offer a few reflections from the past 8 years.

First, we've both been blessed, in different ways, with great good fortune. Not everyone is so lucky. It's up to us to do everything we can (to) build more ladders of success for every child and family that's willing to work hard.

Second, American leadership in this world really is indispensable. It's up to us, through action and example, to sustain the international order that's expanded steadily since the end of the Cold War, and upon which our own wealth and safety depend.

Third, we are just temporary occupants of this office. That makes us guardians of those democratic institutions and traditions -- like rule of law, separation of powers, equal protection and civil liberties -- that our forebears fought and bled for. Regardless of the push and pull of daily politics, it's up to us to leave those instruments of our democracy at least as strong as we found them.

And finally, take time, in the rush of events and responsibilities, for friends and family. They'll get you through the inevitable rough patches.

Michelle and I wish you and Melania the very best as you embark on this great adventure, and know that we stand ready to help in any ways which we can.

It’s your run-of-the-mill letter wishing the next guy good luck.