BREAKING: Buckingham Palace Locked Down After Man Attacks Police With A Sword 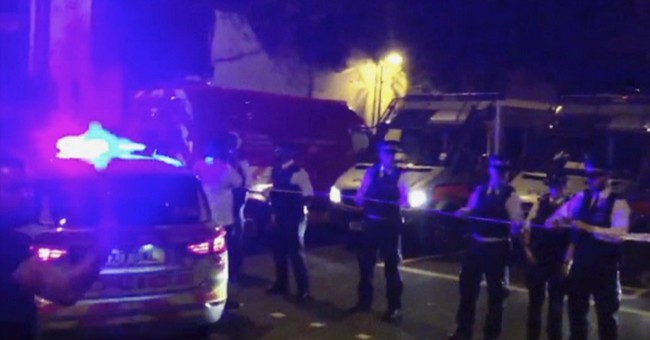 This is a developing story, but there are reports from British press that Buckingham Palace is on lockdown after a man attacked police officers with a sword. The Metropolitan Police confirmed the reports, with the BBC now saying that two officers were injured in the attack

#BREAKING: Buckingham Palace is in lockdown amid reports that a man attacked a police officer with a swordhttps://t.co/GKdYMxUWyM pic.twitter.com/HLnTWu3RbC

Two officers injured as a man is held on suspicion of GBH and assault on police outside Buckingham Palace https://t.co/u2TAxCWT1f

Officers are on scene at the Mall o/s Buckingham Palace. A man has been arrested on suspicion of GBH and assault on police