Sen. Cruz Calls On DOJ To Investigate Charlottesville Car Crash As An Act Of Domestic Terrorism 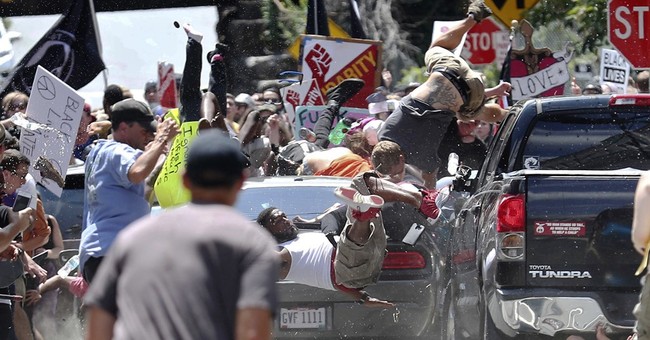 Charlottesville, Virginia got a lot of media attention today—attention they didn’t want as white nationalists descended into the city to protest the removal of a Robert E. Lee statute. Of course, counter protesters arrived. Fights broke out and people were injured. Tragically, one case resulted in a fatality. A 32-year-old woman was killed when 20-year old James Alex Fields Jr.of Ohio plowed into counter protesters. The woman’s identity has yet to be revealed, as authorities haven’t successfully contacted her next of kin.

President Trump condemned the violence, though his lack of specificity had many commenters saying it didn’t go far enough. Other congressional leaders and Attorney General Jeff Sessions also condemned the bigotry and violence; with Sessions saying it was antithetical to American values. Now, Sen. Ted Cruz (R-TX) is demanding the Department of Justice investigate the car crash as an act of domestic terrorism.

I urge the Department of Justice to immediately investigate and prosecute this grotesque act of domestic terrorism. pic.twitter.com/AwJLsfUEHl

“It’s tragic and heartbreaking to see hatred and racism once again mar our great Nation with bloodshed,” the Texas senator said in the statement.

The Nazis, the KKK, and white supremacists are repulsive and evil, and all of us have a moral obligation to speak against the lies, bigotry, anti-Semitism, and hatred that they propagate. Having watched the horrifying video of the car deliberately crashing into a crowd of protesters, I urge the Department of Justice to immediately investigate and prosecute this grotesque act of domestic terrorism.