Dose Of Reality: It Looks Like The Democratic Party Is Choosing White Dudes To Lead Their Revival 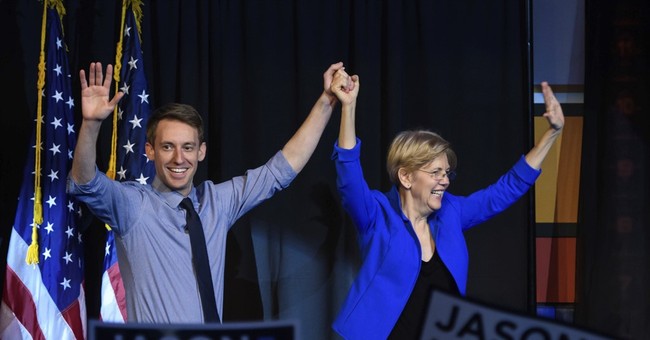 FiveThirtyEight seemed to have realized something about the current crop of Democratic candidates who are running or have run in past elections. It’s all white guys. It’s nuanced, and worth a read, but for a party that appears to be engulfed in the grips of hyper-left identity politics—it seems there could be a directional shift with regards to the party’s shunning of white working class voters. Clare Malone, the senior political writer for the site, noted Jason Kander, Jon Ossoff, and Tom Perriello, who ran in Missouri, Georgia, and Virginia respectively as example of this quasi-under the radar attempt to win back white voters who broke for Trump. At the same time, Malone also noted how black voters form one of the cornerstones of the Democratic Party, and probably should get equal if not more investment.

Yet, black voters are not coming out to support the post-Obama Democratic Party. They also live in urban areas, which isn’t enough to win back Congress or the White House. Comparing turnout levels in 2016 and 2012 also is flawed in the sense that it really didn’t contribute much to Donald Trump’s win, nor could it be chalked up as a reason for Clinton’s defeat. In Philadelphia, an overwhelming Democratic bastion, more ballots were cast in 2016 than in 2012 and Clinton still lost the state. That city and Pittsburgh are the two areas that decide elections for the Keystone State.

Self-possessed, serious, maybe a little self-serious — these politicians seem to be taking stylistic cues from the dominating political figure of their era, President Obama. Army veteran Jason Kander proved masterful in creating a compelling personal political narrative during his bid for a Missouri Senate seat; a campaign ad showing him assembling a rifle while blindfolded went viral. Jon Ossoff, who ran in a special House election in Georgia, admitted that his careful parsing of language, often about Americans coming together, made him sound a little like Obama. Tom Perriello, a candidate in the Virginia gubernatorial primary, spent formative time abroad and came home adamant about creating a new kind of Democratic politics. Pete Buttigieg, the mayor of South Bend, Indiana, is a well-credentialed (Rhodes Scholar, Naval Reservist) Midwesterner who seemed to come out of nowhere to wide, approving attention as he sought the chair of the Democratic National Committee in February.

They are all, as Obama was when he burst onto the national scene, young, well pedigreed, and varying degrees of attractive on the Brooks Brothers scale; each inoffensively clean cut, the sort of guy who cuts himself off after two light beers because he has to wake up early.

Since the election, a debate has been raging in the Democratic Party about the best path to electoral victory: appeal to whites who voted for Obama and later Trump, or turn out those who stayed home in 2016, namely black voters?

This group of newcomers’ appeal is in part to white voters, and the attention given to Kander, Ossoff, Perriello and Buttigieg in recent months suggests Democrats are, consciously or not, leaning most toward the plan of winning back white voters.

The Kander/Ossoff appeal to suburban voters (Kander helped Ossoff campaign) seems built in part on their ability to assure voters with a more rightward cultural bent that Democrats aren’t to be disdained. Kander’s ad showing him assembling a rifle blindfolded became a sort of shorthand for his understanding of a certain milieu — gun owners and Second Amendment advocates — while Ossoff became known for his keen ability to say almost nothing controversial. Young, handsome, kind of preppy, it made him a nice blank slate onto whom voters could project their desires.

Perriello, too, has demonstrated success with white voters, despite losing the Virginia primary against Lt. Gov. Ralph Northam.

There’s a risk that in hyping the effort to win back white Obama/Trump voters, black candidates get lost in the shuffle or female candidates are passed over because of a Hillary Clinton hangover. (The fear of the complicated challenges that women face when running for office is real.) Nina Turner articulated this view to me back in January: “African-Americans, no matter what, will vote hook or crook for Democrats, and so that particular demographic is owed a lot more by the Democratic Party than what we have gotten, and what I mean by that is no African-American woman has ever been governor in this country. Democrats need to be making sure that happens.”

It might be that at the heart of the matter, Democrats have internalized most acutely the accusation that they shamed and alienated white constituencies by elevating cultural conversations around issues like the Black Lives Matter movement and gay rights. The more subtle argument, that exciting the party’s base — namely, minority groups — could be just as electorally rewarding, has been less interrogated. There are years left for younger Democratic talent to develop, and perhaps for the party to again focus on strengthening its base. But for now, at least in its promotion of rising talent, it seems the Democratic approach is lopsided.

Okay—so it does seem that some on the Left know that white working class voters is the path out of the wilderness. Who’s triggered? The problem is that Perriello, Kander, and Ossoff all lost their elections. Saying it was close doesn’t cut it. There’s no second place trophy. Losers don’t legislate. Second, maybe these three will be back and I’m sure they will, but “Democratic talent” should be put in quotes. There really is no talent pool right now. The leadership of the party is something out of a retirement home. Possible candidates for 2020, the ones who are serious, like Joe Biden or Bernie Sanders, will be pushing 80 by that time. The party’s utter decimation under Obama at the state and local level, where new talent is found and cultivated, has been severely curtailed by GOP gains. Democratic-run states are ones that only touch salt water. It’s a regional party. While Democrats look to 2018, there’s one huge difference. Democrats were highly vulnerable heading into the 2010 midterms; Republicans are not. In Appalachia, an area that was a bastion for Democratic support, Clinton only won 21 of its 490 counties.

So, besides keeping what “talent” they have politically alive, they have to rebuild the political apparatus at the state and local level to expand the pool, and then win elections in these areas that have become solidly Republican. Democrats, you cannot rebuild with just focusing on black, minority, and urban voters. You need white working class whites that are still sour at being at the receiving end of mockery, denigration, neglect, and being called deplorable. Also, liberals will find some way to find any discussions about revival through white voters as offensive, so this is going to be quite the project. In turn, Republicans should shore up support with this key bloc of voters. Democrats can get them, it’s just their insufferable brand of politics and culture wars prevent them from messaging effectively. I’m not complaining about that, but sooner or later, like the GOP, they’re going to stop getting kicked in the teeth. Republicans should prepare for that.