For This Union, A Threat Has Emerged. It’s Not The Koch Bros; It Isn’t Even Human 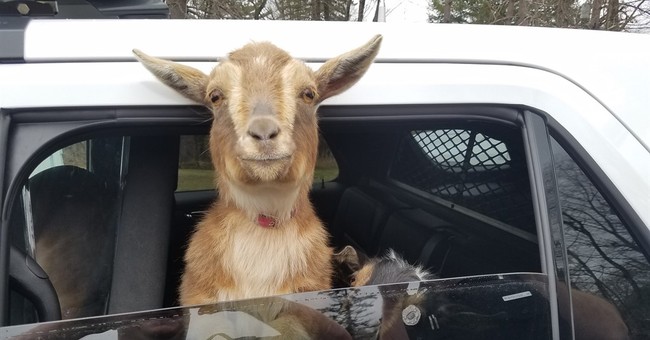 You just can’t make this stuff up. I mean it almost borders on The Onion. Apparently, a local union near Western Michigan University actually filed a grievance against the school for having…goats. They’ve been brought onto campus to help clean out some underbrush and poison ivy; a job that the local American Federation of State, County and Municipal Employees union says is a job that belongs to their members. This threat to AFSCME in Kalamazoo, Michigan didn’t come from the conservative media or the Koch brothers—it came from goats (via Battle Creek Enquirer):

AFSCME takes protecting the jobs of its members very seriously and we have an agreed-upon collective bargaining agreement with Western Michigan," said Union President Dennis Moore. "We expect the contract to be followed, and in circumstances where we feel it's needed, we file a grievance."

The grievance alleges that the university did not notify the union that it was planning to use goat crews on campus, according to a chief steward report supplied to the Battle Creek Enquirer.

University spokeswoman Cheryl Roland said a small goat crew has been on campus this summer, but not to cut grass.

"For the second summer in a row, we've brought in a goat crew to clear undergrowth in a woodlot, much of it poison ivy and other vegetation that is a problem for humans to remove," Roland said. "Not wanting to use chemicals, either, we chose the goat solution to stay environmentally friendly.

"The area is rife with poison ivy and other invasive species, and our analysis showed the goats to be a sustainable and cost-effective way of removing them," she added.

Not even goats are safe from the wrath of labor unions.