Well, Democrats Agree With Trump On Something: Obama Should Have Done More On Russian Meddling 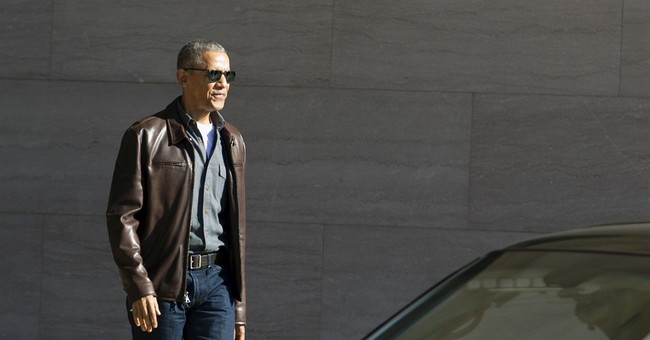 There’s a lot of buzz from The Washington Post’s in-depth piece about the Obama White House’s tortured process they undertook in responding to the Russian meddling during the 2016 election. It seems as if they dropped the ball, especially concerning whether or not to tell the American people that Russia was running an interference campaign. There was no election hack, however, with Department of Homeland Security officials, including former DHS Secretary Jeh Johnson, saying that vote tallies were not impacted during the 2016 election. The interference campaign didn’t impact the election either; fake news stories did not play a pivotal role.

In May, former acting CIA Director Michael Morell said that the Obama administration appeared to have done nothing in the face of this maneuver by Russia. Now, he says that they did somewhat okay responding to the crisis. Obama and then-CIA Director John Brennan warned Russia over the attack and worked with states to better secure their voting systems; Morell gave them high marks for that. For sitting on the information about the interference, the former intelligence chief said the Obama White House ceded the playing field to Vladimir Putin. For future deterrence—booting some Russians, closing some compounds, and ineffective sanctions—he said this was an abject failure. Putin sees this as nothing more than a slap on a wrist.

David Ignatius added that while Republicans may have been a contributing factor to the Obama administration putting their Russian intelligence in a dark filing cabinet for the remainder of the 2016 election, he did note that they were scared about what the Russians would do. This administration was scared of the Russians.

The debate over this will rage on for weeks, especially within Democratic circles where some are agreeing with President Trump: Obama should have done more in his reaction to the Russian meddling (via Newsweek):

The president encouraged greater scrutiny of  the Obama administration, tweeting Thursday: "By the way, if Russia was working so hard on the 2016 Election, it all took place during the Obama Admin. Why didn't they stop them?"

Democrat Eric Swalwell, a member of the House Intelligence Committee, criticized Obama for being excessively cautious.

“[The response] was inadequate. I think [the administration] could have done a better job informing the American people of the extent of the attack,” he said.

Others accused Obama for failing to sufficiently sanction Russia once the election was over and the Trump administration was preparing to take power.

Let’s also circle back to where the Russia story really leads us to, or at least where Democrats really want it to end up: Trump and his associates colluding with Russian intelligence operatives to sink Clinton to win an election. I mean it’s a great political thriller in the vein of the Manchurian Candidate, or a film by Sydney Pollack or Alan J. Pakula (Parallax View)—but there’s no evidence. None. Zip. Just gross speculation and Democrats yearning to classify Russia as an enemy nation, which is irresponsible in the extreme. Even The New York Times’ David Brooks, the supposed conservative on their op-ed page, says that there’s no evidence, this isn’t as bad a Watergate, and the politics of scandal over this hysteria is starting to worry him. But hey—let’s look at the silver lining here: Democrats and Donald Trump think Obama fumbled the ball on this one.

Yet, some in the Clinton camp, like former communications director Jennifer Palmieri, decided to give her former boss some cover, saying Obama and his team "made the best decisions they could." On the other hand, Hillary Clinton is reportedly more upset with Obama than with Russia or former FBI Director James Comey for not speaking out on the Russian meddling sooner. Before joining the Hillary campaign, Palmieri was White House communications director under Obama.