Franken To Griffin: On Second Thought, It's Best If You Just Skip My Book Event 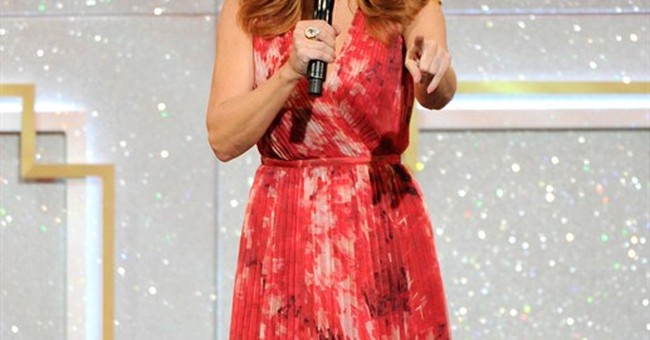 Comedian Kathy Griffin received the wrath of pretty much everyone with her mock Trump beheading photo shoot. She said it was to mock the “mocker in chief,” while captioning the offensive image with President Trump’s remarks directed at former Fox News anchor Megyn Kelly after the first presidential debate…in 2015. It was over the top. It crossed the line, and everyone from Mitt Romney to Chelsea Clinton said it was distasteful. Once the Secret Service was peering into this grotesque publicity stunt, as they are with any threat against the president, Griffin apologized. Sen. Al Franken (D-MN) was supposed to have Griffin attend one of his book tour events in July. At first, he said the gig was still on, but later decided that it would be best of the comedian just didn’t show up (via Politico):

"I believe what Kathy Griffin did was inappropriate and not something that should be anywhere in our national discourse. I consider her a friend and I'm glad she realized she crossed the line and apologized," Franken said.

He added, "After hearing from many Minnesotans who were rightfully offended, I've come to the conclusion that it would be best for her not to participate in the event we had previously scheduled. I understand why Minnesotans were upset by this, and I take that very seriously."

CNN recently fired Griffin from her co-hosting duties for the network’s New Year’s Eve program. Griffin will be hosting a press conference today to respond to the “bullying” she had endured from the Trump family.

Lady, are you serious?

Bullying isn't a stand in for everyone universally rejecting you. https://t.co/qWU2AiuSXl