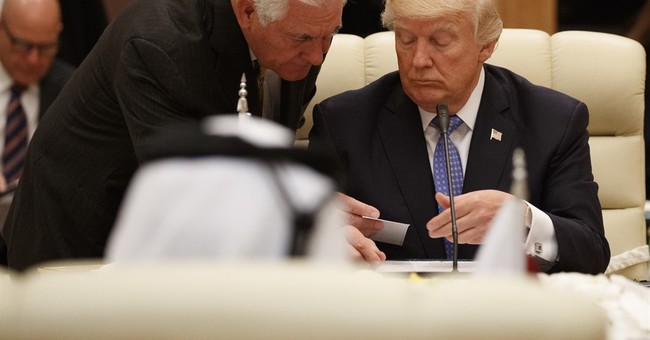 While conservatives mock feminists, Camille Paglia is one who you should really take some time to read. For starters, she believes that gender is a concrete structure concerning biology because science says so, she’s no fan of Hillary Clinton, and she believes that feminism is moribund in its current state. She made the first point clear in a 2015 interview during the Munk Debate in Toronto, Canada about whether men are obsolete. She, of course, was arguing against that absurd view. She’s not a favorite within feminist circles. Second, she’s not a conservative.

She voted for Jill Stein in 2016, but noted that a) Hillary Clinton is a disaster; and b) feels that the Democratic Party is egregiously overplaying their hand that Donald Trump is already on his way to a second term. On the latter point, she felt the political Left of the America, along with the news media—who were giving Clinton in some cases 80+ percent chances of winning, never did any soul searching. They never had an introspective autopsy on why America chose Trump over Clinton. Why did white working class whites favor Trump over Clinton? While Democrats have bashed the GOP for being the party of the rich, a gross inaccuracy, Priorities USA actually found that a lot of Obama voters who flipped for Trump did so because the couldn’t stand Clinton, and that they felt the Democratic agenda favored the wealthy. This is like the Left’s slam-dunk talking point and Clinton couldn’t ingrain that into former Obama voters. Yes, she was a disaster. Yet, now that Mr. Trump is president of the United States, Paglia has another view that is surely shared by Trump voters: the Democratic Party is colluding with the news media to create chaos.

Emily Jashinsky of the Washington Examiner, who interviewed Ms. Paglia last week, had the details:

In a Tuesday interview [May 16] with the Washington Examiner, Paglia excoriated the press for its coverage of Trump's decision to fire FBI Director James Comey and his alleged sharing of classified information with Russian officials.

Fresh off a spirited panel with Christina Hoff Sommers hosted by the Independent Women's Forum, the iconic feminist dissident, who serves as a professor of media studies at the University of the Arts, accused journalists of colluding with the Democratic Party in an effort to damage the Trump administration.

"Democrats are doing this in collusion with the media obviously, because they just want to create chaos," she said when asked to comment on the aforementioned stories. "They want to completely obliterate any sense that the Trump administration is making any progress on anything."

Paglia's assessment of media bias in the Trump era leaves little room for optimism. "I am appalled at the behavior of the media," she declared. "It's the collapse of journalism."

Jashinsky added that Paglia’s new book notes how Barack Obama and Bill Clinton’s first six months in office were marked by “chaos,” though it was never in this fashion regarding Trump who can barely breath before the media is trashing him. One semi-comical (or tragicomic) example was when CNN reported that Mr. Trump receives more ice cream on his desserts than anyone else. There’s the endless string of developments regarding whether Russian intelligence colluded with members of the Trump campaign to sink Hillary Clinton and elect Donald Trump. So far, there has been zero evidence to corroborate such an explosive and politically un-survivable claim. The House and Senate Intelligence Committees have found nothing, the infamous Russian dossier that was published in Buzzfeed is unverified and part of an anti-Trump opposition research effort, and Reuters’ report that the Trump campaign had 18 undisclosed contacts with the Russians in the last seven months of the 2016 election is undercut by the fact that there is no direct evidence of collusion or wrongdoing in these meetings. Rep. Adam Schiff (D-CA) the ranking member of the House Intelligence Committee said there was no definitive proof of collusion. Senate Democrats on their respective intelligence committee have admitted that there may be no evidence of collusion; Sen. Dianne Feinstein (D-CA) has said twice this month that there is no such evidence, and that newspapers articles about it doesn’t constitute evidence of collusion. And yet, you read some of these stories as if a real Manchurian Candidate plot had been carried out.

The Russia-Trump probe is the one area that some Democrats feel is their best shot to remove Trump. When it comes to Paglia’s theory, no one is a better person to lead that charge of bringing chaos than Rep. Maxine Waters (D-CA), who literally said that the Trump campaign’s talking points and slogans came from Russian President Vladimir Putin’s playbook, and that other campaign strategies were developed in tandem with the Kremlin. That’s insane. Even The Huffington Post’s Sam Stein, who pressed Waters on what her definition of collusion means, seemed a bit unnerved by this screed, also noting that there is no evidence of collusion, which Waters agreed.

Just to be clear, we haven’t—there’s been no actual evidence yet of collusion,” said Stein.

“No, it has not been,” replied Waters.

And yet, Waters said that she would be pressing for Trump’s impeachment, that she thought this was the right course of action long ago, and has also said that Mr. Trump had no business being president. Waters has been getting more airtime to expound on this nonsense, even accusing outgoing House Oversight Chair Jason Chaffetz (R-UT) of having Russian ties. Then, there’s the whole drama with the Comey memo, which while verified to exist by Fox News, has yet to be analyzed. Mr. Chaffetz sent a letter to the FBI demanding that they turn over all documents relating to communications with Mr. Comey and the president. The Senate Intelligence Committee made a similar request, and Mr. Comey is set to appear before the committee in an open session after Memorial Day.

Mr. Comey, who was fired by President Trump earlier this month, wrote a memo detailing ways in which the president tried to improperly influence an ongoing investigation into former national security adviser Michael Flynn. In the memo, it says that the president asked Attorney General Sessions and Vice President Pence to leave the Oval Office. Once alone, Mr. Comey alleges that the president told him that Flynn is a good guy, and that he hopes to let the matter go. After that, there’s The New York Times report that said the president called Mr. Comey a “nut job,” and that his dismissal eased the pressure on him regarding the Russian collusion probe. This was said the day after Mr. Comey was fired. The White House did not refute this story.

Now, there is clamoring from the Left that the president obstructed justice, which is an impeachable offense. Again, we still don’t know the full details on this story, though both do seem to play into Paglia’s notion concerning creating the chaos needed to cripple the Trump administration. At the same time, some of the Left are making such outrageous comments that it’s hard to take them seriously. That so far, has been the Trump White House’s saving grace. That the Left is so filled with rage that coordinating a cogent and effective assault is near impossible. At the same time, the Trump White House would do well to make sure the president isn’t so loose with his words, and to cut down on other unforced errors. The Left will eventually get their act together. There was some glimmer of sanity last week, with top House Democrats shying away from the impeachment talk that has trickled in over the past couple of days. In all, the Democrats don’t like Trump and the media don’t like Trump. There couldn’t be two better allies.

Also, about that talk on obstruction of justice, Alan Dershowitz had a few thoughts about that—none of which will sit well with Democrats: