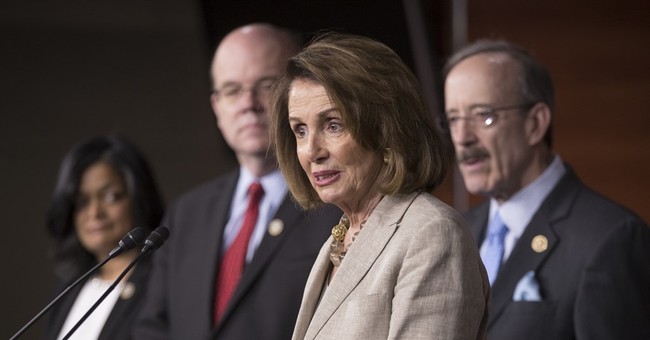 Another day, another bombshell in the ongoing drama unfolding from the Comey memo, which alleges that President Trump tried to improperly influence former FBI Director James Comey concerning the Bureau’s investigation into former national security adviser Michael Flynn. It’s brought allegations of obstruction of justice and impeachment from Democrats, while Republicans have voiced their concerns about the memo’s contents. Rep. Jason Chaffetz (R-UT), chair of the House Oversight Committee, and the Senate Intelligence Committee are demanding that documents relating to this matter are turned over. Chaffetz send a letter to the FBI stating that he wants all documents concerning any communication the president had with Mr. Comey. While Mr. Flynn’s investigation is separate from the FBI’s other probe into possible collusion between Russian intelligence and members of the Trump team during the 2016 election, it’s linked in the sense that both are looking into Russian ties.

Tonight, the Department of Justice announced that former FBI Director Robert Mueller, Mr. Comey’s predecessor, would be taking the reins of the FBI’s Trump-Russia collusion investigation as special counsel. The action received broad bipartisan support, but Democrats are still not happy. They want an independent 9/11-style commission (via WaPo):

Rep. Nancy Pelosi (D-Calif.), the House minority leader, issued a statement that said, “A special prosecutor is the first step, but it cannot be the last. … [Mueller] cannot take the place of a truly independent, outside commission that is completely free from the Trump Administration’s meddling.”

Rep. Elijah Cummings (D-Md.), while still calling for an independent commission, acknowledged that Mueller’s appointment may have “taken some of the pressure off” Republicans to get on board.

“They hadn’t been signing on already, so I think they will say, well this is taken some of the pressure off for them,” Cummings said. “But let’s be clear, the Republicans cannot afford to stand on the sidelines and allow anybody to do anything to be above the law, none of us can.”

Meanwhile, Rep. Adam B. Schiff (Calif.), the top Democrat on the House Intelligence Committee, added that Mueller’s appointment in no way affects the need for an independent commission.

Regardless, the House Intelligence Committee’s investigation into Trump-Russian collusion continues, as does the Senate’s probe—and now the FBI’s inquiry got a facelift with Mr. Mueller helming the ship. All showing that Mr. Comey’s firing, while ill timed, did not impede any of these investigations. There is still no direct evidence showing that Trump officials colluded with Russian intelligence to sink Hillary Clinton. With the dismissal of Mr. Comey, the main course Democrats are trying to serve up to the American people is that this is Trump’s Watergate. It’s not. Nixon never fired the FBI director.

With Watergate, there was direct evidence linking the Nixon White House to the Watergate break-in. Tapes showed President Nixon discussing the foundations for the cover-up with his then Chief of Staff H.R. Haldeman. Special Prosecutor Archibald Cox requested the tapes as he further investigated the scandal, which led to his firing. At the time, it was pretty clear Nixon was trying to impede the investigation over incriminating evidence, which was made explicit when Attorney General Eliot Richardson and his deputy, William Ruckelshaus, resigned in protest. Both men refused to remove Mr. Cox. This isn’t Watergate. At the same time, the investigation should continue and they are as planned. Even Acting FBI Director Andrew McCabe said that no firing could impede the FBI from doing their jobs.

President Trump responded to the Mueller appointment, saying that no evidence of collusion will be found.