So, The Obama Administration Knew Syria Didn’t Hand Over All Its Chemical Weapons, But Lied To Us Anyway? 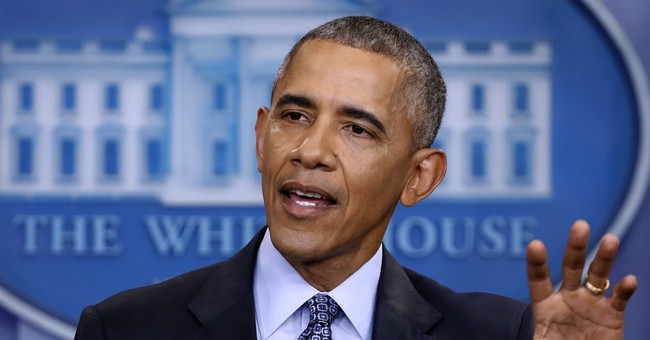 Life comes at you fast. That’s all I can say right now about the Obama administration’s disastrous Syrian policy that did nothing to stop bloodshed or hold any one accountable for that matter because it probably would have led to a military decision that President Obama didn’t want to make. In 2014, the administration celebrated its landmark accomplishment of removing Syria’s declared chemical weapons stockpile without military strikes. Russia helped us with these negotiations, which were a total failure since chemical weapons were used against the town of Khan Shaykhun located in the Idlib Province last week. The attack killed at least 80 people, including women and children. The government of President Bashar al-Assad reportedly carried out the attack, prompting President Trump to launch a military strike, hopefully signaling the start of a clean up of this mess the Obama White House left behind. Many are weary that it might suck us into another war in the Middle East. Still, pundits and politicians from across the spectrum have applauded the Trump administration for taking action. Now, it’s a question about strategy, but I digress.

Apparently, even as the Obama administration and its allies were peddling the notion that “100 percent” of Syria’s chemical weapons stockpiles were removed and destroyed, some officials now admit that they knew some were still left in the country, as evidenced by the latest attack (via Washington Examiner) [emphasis mine]:

A former Obama official acknowledged Sunday that the U.S. "always knew" an agreement with Syrian President Bashar Assad did not clear all chemical weapons out of Syria, despite the fact that the administration touted the deal as an unequivocal success at the time.

"We always knew we had not gotten everything, that the Syrians had not been fully forthcoming in their declaration," Tony Blinken, a former deputy secretary of state and former deputy national security adviser under Barack Obama, told the New York Times.

John Kerry, then Obama's secretary of state, and Susan Rice, Obama's national security adviser, had both touted a 2013 agreement with Russia, Syria and the U.S. that was designed to rid the Assad regime of its chemical weapons stockpile. Kerry said in 2014 that they deal had resulted in Syria purging "100 percent" of its chemical agents.

.@JohnKerry: Today the last 8% of declared chemical weapons were removed from #Syria. Great work done by all involved http://t.co/ccPDVkNISz

So, while Kerry, the then-face of American foreign policy and our chief diplomat said that the stockpile had been removed, his deputy admits that they knew that wasn’t the case. In keeping with the administration’s record post-Benghazi, is this another lie from the Obama administration? It’s not the first time. We all remember when then-UN Ambassador Susan Rice, who eventually became national security adviser to Obama, said that the Benghazi attack was a spontaneous reaction to an offensive YouTube video. It was eventually found out to be a well-planned terrorist attack by al-Qaeda affiliates, which the administration knew hours after the assault. Now, U.S. intelligence agencies say that Assad may not have turned over all his weapons. Gee—you think!

For God’s sake, only a member of the Neville Chamberlain School Of Foreign Affairs would think this agreement would be, you know, actually honored by a dictator. And Assad is a dictator. We also did this in tandem with the Russians, now public enemy number one, who had invaded and annexed Crimea from Ukraine that same year. The Obama administration called the action an “uncontested arrival,” and said the action was done out of weakness. Can we cue the laugh track?

It seems that even Obama officials knew this Syrian chemical weapons disarmament wasn’t going to be fully complied with, but went on television stating otherwise.

We got “100 percent” of the chemical weapons out they said.

"We always knew we had not gotten everything, that the Syrians had not been fully forthcoming in their declaration," they said.