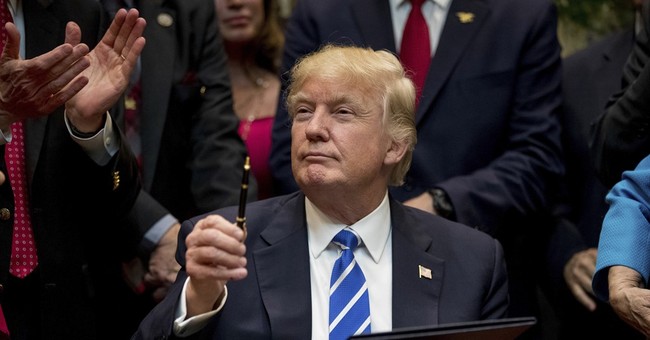 The Trump White House’s failed health care reform push is over. It was brought down by divisions within the GOP, opposition from almost every organization associated with American health care, and rejection by the American people. It was a bad bill. Moderates and conservatives within the GOP bolted from the bill, unsure of whether it would work, unhappy that it didn’t go far enough to repeal President Obama’s signature domestic achievement, and was received with disappointment after the initial unveiling kept the Medicaid expansion intact, which is one of the most expensive provisions of the law. Moreover, after nearly a decade fighting Obamacare, most conservatives were thinking to himself or herself: this is what we got? Medicaid was one of the things that eventually poisoned the well for Trump’s push on health care.

Conservative members of the House Republican caucus simply couldn’t get behind this. After nearly a decade of rhetoric slamming the Affordable Care Act, this was a 100 percent politically untenable position. The American Health Care Act, the GOP alternative, didn’t have the votes and House Speaker Paul Ryan pulled the bill from the scheduled vote. He then conceded that Obamacare and its tax structure are going to remain for the foreseeable future, as the GOP looks to reform the tax code.

Yet, Axios’ Jonathan Swan has a scoop that the Trump White House wants to do both tax reform and infrastructure spending at the same time:

The Trump administration is looking at driving tax reform and infrastructure concurrently, according to a White House source with direct knowledge.

It's a major strategic shift - infrastructure was likely going to be parked until next year - and is only possible because of last week's healthcare debacle.

President Trump feels burned by the ultra conservative House Freedom Caucus and is ready to deal with Democrats. Dangling infrastructure spending is an obvious way to buy the support of potentially dozens of Dems, meaning he wouldn't have to bargain with the hardliners.

So, what’s the plan? Well, that’s the problem. There isn’t one yet and it could be a replay of this horrible movie we just saw with health care.

“Trump needs fast victories and infrastructure is something that's big, flashy, and potentially bipartisan. There's no solid plan yet, but Shuster knows how to appeal to Trump,” added Swan. Trump thought that about Ryan and White House Chief of Staff Reince Priebus regarding health care. That these guys could grease the House wheels on health care and pass it with little pressure or input from the White House.

As Slate’s Jamelle Bouie noted on CBS's "Face The Nation," the White House does play a large role in policy advocacy in the modern era. And if there’s one thing that he saw from this legislative defeat on health care, it’s that Trump doesn’t have the policy expertise to get things through Congress. Moreover, he noted that Trump’s policy team is new to…writing policy—forget government and politics. Trump is a good salesman, but his powers of branding were far from this health care fight, which is a point that Politico’s Tim Alberta made regarding this fiasco.

“If the bill failed because Trump is a great salesman with a poor grasp of policy, it also failed because Ryan is a poor salesman with a great grasp of policy,” he wrote. But getting back to Bouie’s point, Obama—you have to give a hat tip for this after what has happened—was involved throughout the ACA’s legislative process. Obama said he was going to do it—and he did it under a Democratic Congress. Republicans are in a similar situation concerning their power. They’re the dominant political force in he country—and they fumbled the ball. Part of that could be due to the fact that Trump was miles away from this bill when the opening salvos for health care were under fire by the GOP.

For starters, Trump kept the GOP health care bill at arm's length for more than a week, offering a smattering of favorable remarks but failing to embrace it in convincing fashion. Ryan's rivals on Capitol Hill got the message: The president was lukewarm about the legislation. According to interviews with officials in all three camps—the White House, the Republican leadership and the Freedom Caucus—conservatives saw a schism between Trump and Ryan, and seized on the perceived opening.

Early last week, during a budgetary meeting at the White House, the two leaders of the Freedom Caucus—chairman Mark Meadows and former chairman Jim Jordan—kept diverting the discussion to health care, much to the annoyance of Budget Committee chairwoman Diane Black. When the meeting broke, Meadows and Jordan swiftly sought an audience with the president to discuss Ryan's bill. Trump granted them the meeting, during which the conservatives complained that Ryan was presenting them with a "binary choice"—either vote for the bill that had been introduced, or vote to preserve Obamacare—that was doing the president a disservice. Trump replied that he was open to negotiation and new ideas, and Meadows and Jordan left the White House thinking they had a powerful ally. Ryan’s team was less than thrilled at the narrative of a good cop, bad cop routine.

Things went downhill quickly from there. After Meadows visited Trump at Mar-a-Lago, the president’s Florida retreat, that weekend to push for conservative changes—capping a week of futile discussions about significantly altering the House bill—Freedom Caucus members were eager to hear from Trump on Tuesday when he arrived at the Capitol. But when he rose to address the GOP conference, the president made it clear there would be no further modifications, and said he expected Republicans to rally around Ryan's bill.

Then Trump made a mistake. After singling out Meadows and asking him to stand up in front of his colleagues, Trump joked that he might "come after" the Freedom Caucus boss if he didn't vote yes, and then added, with a more serious tone: "I think Mark Meadows will get on board."

Meadows didn’t get onboard—and now the man is hailed as a hero back in his congressional district. So, now that the House Freedom Caucus knows they need to be heard, knows that they can derail big pieces of legislation, and knows that the establishment can’t just wipe them away—the GOP and the Trump White House are going to try to do tax reform and infrastructure at the same time. Guy mentioned last Friday with Fox News’ Bret Baier how tax reform is fraught with the same tribal divisions that we saw on health care. Infrastructure is bound to have the same amount of heartburn over conservative concerns that they’re just formulating a Stimulus 2.0 bill.

Alberta ended his piece on Trump and health care touching upon the tax reform asking Rep. Kevin Brady (R-TX), chairman of the House Ways and Means Committee, about the issue. Brady noted that it’s going to be a big challenge, and that the GOP is all-in for this one. Isn’t that what they said about health care?

I asked Brady if re-writing the tax code would be any easier. “Tax reform is the hardest lift in a generation,” he told me, shaking his head. “So that would be a big challenge.”

“If you couldn’t get health care done,” I ask him, “how can you get tax reform done?”

Brady thought for a moment. “Every Republican is all-in on tax reform. We still have a lot of work. But it’s just a natural issue for us in a very positive way.”

But every Republican was all-in on repealing and replacing Obamacare, too, I told him. “Won't the devil be in the details?”

This brings us back to the issues about Trump, his policy staff, and sales pitch regarding selling that policy, which failed miserably last time. If this becomes anything like the health care fumble, we’re about to enter a very embarrassing spectacle for the Trump White House, a total disaster if you will. Right now, the Trump administration is looking to coddle Democrats, so this is already looking rough.