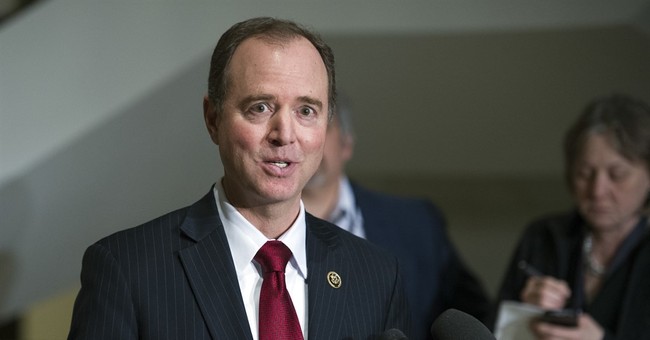 Katie covered the House Intelligence Committee’s hearing over Russia, the 2016 election, and the Trump campaign. We know that the FBI is conducting a counter-intelligence investigation “that includes investigating the nature of any links between individuals associated with the Trump campaign and the Russia government and whether there was any coordination between the campaign and Russia's efforts.” NSA Director Admiral Michael Rogers said that there’s no evidence that Russia tampered with vote tallies. And the FBI and the Department of Justice have no information that can back up President Trump’s claims about wiretapping. So, the investigation is ongoing, but so far—there is zero evidence of collusion between the Trump campaign and the Russians. Senate Democrats have admitted that they don’t expect to find evidence of collusion.

The Holy Grail for Democrats is evidence of collusion. There is none, but that hasn’t stopped Democrats from trying to make such insinuations. On Sunday, Rep. Adam Schiff (D-CA) said that there is circumstantial evidence to such collusion and deception. Well, he thinks there’s such evidence at least. In doing so, he pretty much disagreed with former Director of National Intelligence James Clapper, who said there’s no evidence of collusion between Russia and the Trump campaign (via NBC News) [emphasis mine]:

Two weeks ago on "Meet The Press," James Clapper, the Director of National Intelligence under President Obama, denied that any evidence of such collusion existed while he oversaw the work of U.S. intelligence agencies. The Trump administration has also reiterated those denials.

But this Sunday on "Meet The Press," Schiff, D-Calif., told host Chuck Todd, "I was surprised to see Director Clapper say that because I don't think you can make that claim categorically as he did. I would characterize it this way at the outset of the investigation: There is circumstantial evidence of collusion. There is direct evidence, I think, of deception and that's where we begin the investigation."

Schiff is the ranking Democratic member on the House Permanent Select Committee on Intelligence.

"There is certainly enough for us to conduct an investigation," he added. "The American people have a right to know and in order to defend ourselves, we need to know whether the circumstantial evidence of collusion and direct evidence of deception is indicative of more."

Well, right now—if Democrats were hoping to edge closer to the collusion aspect, which is the linchpin for this entire investigation, they’re still stuck in neutral.  FBI Director James Comey wouldn’t comment on individual persons and since this is a counter-intelligence investigation, there are a lot of aspects that he can’t comment on in a public hearing. Admiral Rogers wouldn't touch questions that might reveal intelligence-gathering messages or ones that would force him to offer an opinion on policy. That’s not part of their jobs. Again, it’s just entertaining how Mitt Romney was mocked for saying that Russia is our biggest geopolitical foe and now congressional Democrats are in the midst a quasi-Red Scare within their ranks. We'll be here still waiting on that evidence of collusion and deception.