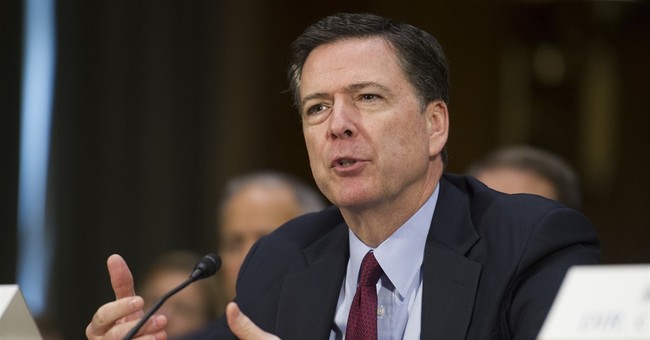 Testifying in front of the House Intelligence Committee Monday morning, FBI Director James Comey confirmed the bureau is in fact investigating potential ties between the Trump campaign and the Russian government for criminal wrongdoing.

"As you know, our practice is not to confirm the existence of ongoing investigations, especially investigations that involve classified matters. But, in unusual circumstances where it is in the public interest it may be appropriate to do so as Justice Department policies recognize. This is one of those circumstances," Comey said. "I have authorized by the Department of Justice to confirm that the FBI as part of our counter-intelligence mission is investigating the Russia government's efforts to interfere in the 2016 presidential election and that includes investigating the nature of any links between individuals associated with the Trump campaign and the Russia government and whether there was any coordination between the campaign and Russia's efforts. As with any counter-intelligence investigation, this will also include an assessment of whether any crimes were committed."

"Because it is an open, ongoing investigation and is classified, I cannot say more about what we are doing and whose conduct we are examining," Comey continued. "This work is very complex and there is no way for me to give you a timetable as to when it will be done...I can promise you we will follow the facts wherever they may lead."

Watch: FBI Director James Comey’s opening statement. “I can promise you we will follow the facts wherever they lead” https://t.co/lvGr95tv5N pic.twitter.com/BIntnpFURX

Comey also addressed the issue of U.S. government officials or employees leaking classified information, saying it is a serious federal crime that will be prosecuted.

This is a developing story and will be updated shortly.