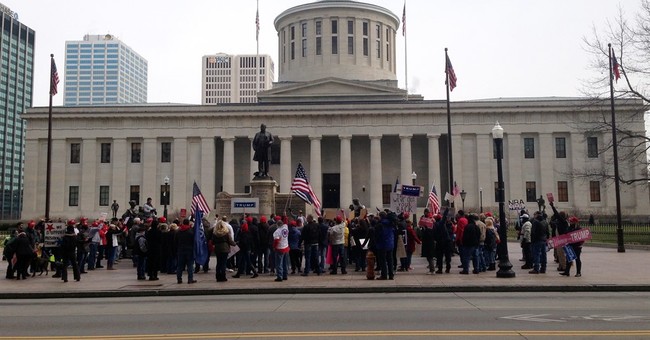 Well, it’s not set in stone yet, but Pennsylvania Republicans could be picking up a State House seat in North Philadelphia, despite being in an area where Democrats represent 85 percent of voters. Lucinda Little, a Republican, will be the only candidate listed on the ballot for the 197th District after a judge ruled last Friday that the Democratic candidates selected would not be placed on the ballot. The first one was ineligible since he didn’t live in North Philadelphia, while the other was selected after the candidate deadline had passed. Democrats now vow to run a write-in campaign (via Philadelphia Inquirer):

It's official: There will be no Democrat on the ballot for the March 21 special election in the state House’s 197th District, where 85 percent of the voters are Democrats.

The Democratic woes began Feb. 23 when the same Commonwealth Court judge ruled that the original candidate, Frederick Ramirez, did not live in the North Philadelphia district and was ineligible to run. That ruling came down after the deadline to replace a candidate.

The Democratic Party has said it will attempt a write-in campaign for Vazquez, who is leader of the 43rd Ward and on leave from a job at the Philadelphia Parking Authority.

The special election for the State House district will held on March 21. It’s to fill the vacancy left by former Democrat State Rep. Leslie Acosta, who ran unopposed last year, who resigned after it became known that she pleaded guilty to being involved in an embezzlement scheme at a mental health clinic, where she use to worked.

I would say that Ms. Little is probably the favorite to win, given the difficulty write-in campaigns, especially with these types of elections, which usually have very low turnout. Yet, with 85 percent of the voters being Democrats, it's possible that Vazquez could win. Still, best of luck to Little. Plus, it'll be another nice state-level win for the GOP