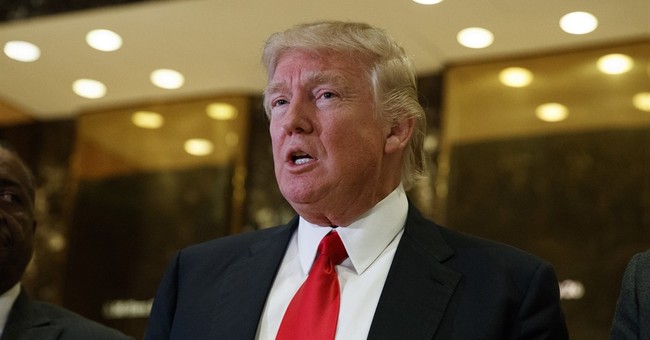 With Donald J. Trump hours away from being sworn in as the 45th president of the United States, there are reports that the president-elect wanted to have tanks and missile launchers be featured in the inauguration parade. The Pentagon reportedly shot down the request due to optics and the fear that the 100,000-pound tanks could destroy the city’s roads, according to The Huffington Post. Yet, they also added that not every one of Trump’s suggestions for his big day were rejected by the Defense Department:

The military, which traditionally works closely with the presidential inaugural committee, shot down the request, the source said. Their reason was twofold. Some were concerned about the optics of having tanks and missile launchers rolling down Pennsylvania Avenue. But they also worried that the tanks, which often weigh over 100,000 pounds, would destroy the roads.

“I could absolutely see structural support being a reason [not to use tanks],” a Department of Defense official said. “D.C. is built on a swamp to begin with.”

Defense Department spokeswoman Valerie Henderson declined to comment on the request for tanks and missile launchers, referring questions to the Trump transition team. Trump advisor Boris Epshteyn told HuffPost that the presidential inaugural committee worked closely with the military “to render appropriate honors” for Trump’s swearing-in. But he directed questions about “specific aspects” of the military’s support to the Defense Department.

The Pentagon didn’t reject all of Trump’s ideas. At the request of the president-elect, there are five military flyovers ? one for each branch of the armed services ? planned for Friday’s inaugural parade, Pentagon spokesman Maj. Jamie Davis told HuffPost.

The Air Force plans to fly four fighter jets: an F-35, an F-16, an F-22 and an F-15E. The Navy will fly four F/A-18 combat jets. The Army will fly four UH-60 Black Hawk helicopters. The Marines will fly four V-22 Ospreys. And the Coast Guard, which is still finalizing plans, is looking at flying four MH-65 rescue helicopters, Davis said. The number and type of planes used could change, depending on Friday’s weather, he added.

Leaving out the source, if D.C. was able to handle tanks, I wouldn’t mind seeing a few M1 Abrams strolling down Pennsylvania Avenue. Then again, I do see the optics issues, though at least Trump will get his fly-overs later today. Yes, the Left will try to make this request into some talking point to raise questions about civil-military relations, though I think a lot of people wouldn’t mind seeing tanks being part of the military procession during an inauguration. Whether it’s worth the fight is another story.