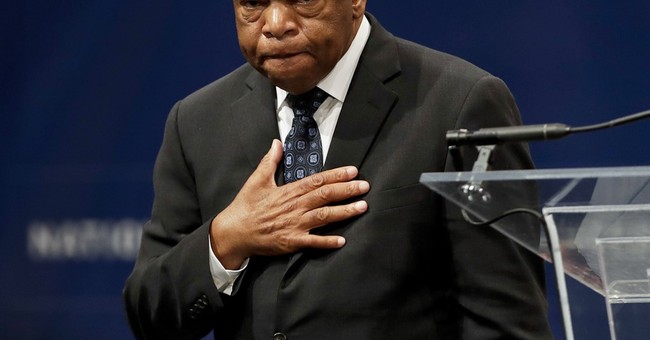 We wrote that Rep. John Lewis (D-GA) would be skipping the inauguration for the first time since he came to Washington. Well, those were his words. He views President-elect Donald Trump, as an illegitimate president because there was some conspiracy that involved the Russians to destroy Clinton’s campaign, which he says, is not fair. Most would agree that’s just politics. Mitt Romney was destroyed by Obama’s team was he not? Well, as it turns out, Lewis also didn’t attend George W. Bush’s inauguration in 2001 because after Bush v. Gore, he didn’t see the then-Texas governor (and president-elect) as “the true president” (via National Review):

…this isn’t the first time Lewis has boycotted a presidential inauguration. According to a Washington Post article written on January 21, 2001, Lewis and other members of the Black Caucus boycotted George W. Bush’s inauguration because they didn’t “believe Bush is the true elected president.” Lewis spent the day in his Atlanta district.

So, this is pretty much a temper tantrum, which is what we already knew. In all, sixty-five Democrats plan to skip the inauguration. Remember when 65 Republicans did this in 2009 and 2013? Yeah, I don’t either.