Liberal Tech Executive: Middle America Needs To Realize That They’re Racist, They Live In A ‘S**thole,’ And Jobs Won’t Come Until They…Evolve 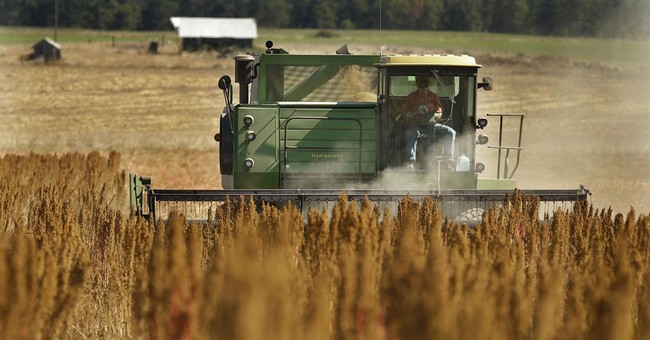 We all know that there are many bubbles in America. The biggest ones engulfing America’s cities, totally beholden to the authoritarian ethos of the progressive Left. This bubble is the Democratic Party’s cancer. It’s something that they need to confront (if they want to win) because their snobby disposition, and their mindset that  these are the only areas in America that matter just got gutted. In fact, the Clinton campaign thought exactly in that fashion during the election: let's just focus on the cities to ensure victory. And because the campaign felt they had it made with the urban vote, they disregarded the concerns of millions of white working class Americans.

The Left hates these people. The post-election tantrums have shown that explicitly. The most outrageous one appears to come from TimeShare CMO founder Melinda Byerley, who said, the “one thing Middle America could do is to realize that no educated person wants to live in a shithole with stupid people. Especially violent, racist. and/or misogynistic ones.”

I didn't feel like tweetstorming, so here's a screen shot. "What middle America can do to get more jobs in their area." pic.twitter.com/1nYSehA4kA

“So if you want jobs,” she added. “Clean up your act and make your town a place people like us want to live in. add fiber Internet. Make it a point to elect a progressive city council and commit to not being bigots.”

Oh, it gets worse, folks.

“I guarantee many of us would like to live in a more rural lifestyle, or at least a less urban one, but we won’t sacrifice tolerance or diversity to do so.”

Liberals, this is why you lost. This is why Donald Trump is going to be the 45th president of the United States and Hillary Clinton will be using her walker to shuffle into the sunset. Even staunch liberals, like chef Anthony Bourdain, has no hatred for Middle America, while noting that liberal snobbery contributed to Trump’s rise in an interview with Reason magazine. Bourdain actually ventured into these areas, found a hell of a lot of nice people who live in the regions of the country who are doing “the best they can to get by, and take care of themselves and the people they love.”

My god—what the working class is terrible. These people don’t need to bend over to the will of progressives. You guys lost. You say you want to live in rural America, but just stop being bigots and be sure to have Internet. First, who the hell do you think you are? Second, this is America, not Sarajevo during the Bosnian War.

Even lefty Michael Moore said that Clinton’s loss wasn’t due to sexism or racism. Remember millions of Obama supporters, many of them two-time backers, flipped for Trump. Yet, what Byerley also touched upon here was also the class issue. The working class wants good paying jobs to support their families. That’s not working at McDonald’s or accepting better childcare. Both are not replacements for a job. Joan Williams wrote about these issues in Harvard Business Review, citing jobs in law enforcement as a prime example to showcase the privileged urbanite and working class divide. Law enforcement is one of the few jobs left that doesn't require higher education, where you can get a good salary with decent benefits. The progressive elite view cops as racists. The point Williams makes is that when working class people see the elite (and the media) frame the argument that way, they see the rest of the country being told that it's okay to dish out class-based swipes, though racial and gender-based ones are considered anathema.  It’s the denigration of whole swaths of people that have been hallmark characteristics from these insufferable snowflakes. And it finally reached a boiling point with the rest of the country in 2016.

Of course, Byerley caught heat for these remarks, even going after The New York Times’ Nick Confessore who was horrified by this statement. She eventually apologized, but not before confirming what we all know about the progressive Left. There is not leeway. There is no debate. They must destroy you if you don’t cater to what they feel is the appropriate worldview.

Christine wrote about Meryl Streep’s Golden Globes address, which once again showed that a) liberals don’t get it; b) they don’t seem to realize that they lost; and c) they continue to denigrate Middle America.

“Hollywood is crawling with outsiders and foreigners, and if we kick 'em all out, you'll have nothing to watch but football and mixed martial arts," she said enthusiastically, which are not the arts,” she said.

Earth to Meryl: millions of Americans love football and mixed martial arts. And when you add in the dumb hick commentary, you lefties only add to the narrative that you really don’t know why you lost. Clinton sucked. Period. There are many reasons that made her a flawed candidate. One of them was broadcasting how the progressive Left actually feels about people who aren’t like them. Remember when she called Trump supporters deplorable? You don’t need to be a political strategist to know that when you call millions of Americans deplorable, or dumb, or racist, or say they live in a “shithole,” you’re probably not going to win, especially if Hillary is leading the charge. There is that old axiom: live and learn. I don’t think the Left is going to learn; they’ve already shown that they haven’t. What they are doing is making it easier for Donald Trump to secure a second term.

Also, it's not like the Left doesn't know how to reach these voters again. Clinton gave the impression that she cared more about whether transgender Americans could use the bathroom instead of job creation. That was a massive blunder. and there are some Democrats who know how to right the ship, but it's doubtful that'll happen with two liberals from San Francisco and New York leading congressional Democrats.

I spoke about middle america - my birthplace - inartfully and disrespectfully. I'm sorry for that.

The new york times apparently trying to cover its ass this election. Because my tweet really matters. Unlike their global coverage. pic.twitter.com/GbbUV82IFh

Even Tony Blinken Knows Court Packing Is 'Anti-Democratic'
Spencer Brown
Want to Guess the Detail the Media Will Probably Leave Out of Horrific Philly Train Rape Story
Matt Vespa
Gaetz on Death Threat Against Him: If They're Successful, I Want It Known 'Who Stopped Their Arrest'
Leah Barkoukis
Sinema's Latest Red Line on Spending Plan Leaves Dems Scrambling to Figure Out How to Pay For It
Leah Barkoukis