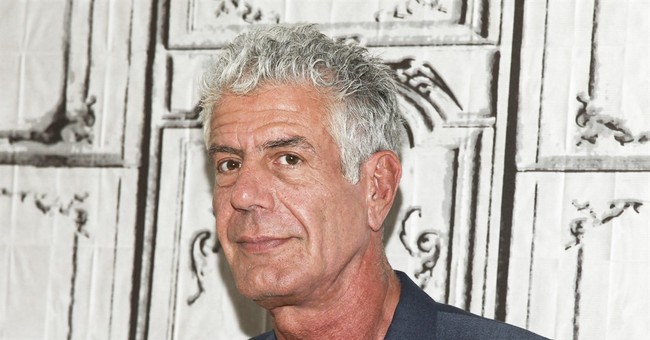 While progressive activists, writers, and lawmakers are avoiding the tough conversations about why Hillary Clinton lost, the evidence is clear. Clinton was a weak candidate; she wasn’t in states that she needed to be in due to Trump’s resonance with working class voters, and she straight up ignored those voters. Clinton thought she could be Obama 2.0. That was a gross assumption. Clinton isn’t Obama, which is why she couldn’t energize that coalition. In Michigan and Wisconsin, that drop off was seen in the exits for Milwaukee and Wayne County (which encompasses Detroit). If Clinton had matched Obama’s 2012 numbers in these areas, she probably would be president. Yet, the latter point is something that even world-renowned chefs, like Anthony Bourdain, are noticing is what killed the Democratic Party this election. The No Reservations/Parts Unknown host, and ardent liberal, sat down with Alexander Bisley of Reason and offered this critique of his side that’s often missed in post-election analyses by the Left [emphasis mine]:

Bisley: You're a liberal. What should liberals be critiquing their own side for?

Bourdain: There's just so much. I hate the term political correctness, the way in which speech that is found to be unpleasant or offensive is often banned from universities. Which is exactly where speech that is potentially hurtful and offensive should be heard.

The way we demonize comedians for use of language or terminology is unspeakable. Because that's exactly what comedians should be doing, offending and upsetting people, and being offensive. Comedy is there, like art, to make people uncomfortable, and challenge their views, and hopefully have a spirited yet civil argument. If you're a comedian whose bread and butter seems to be language, situations, and jokes that I find racist and offensive, I won't buy tickets to your show or watch you on TV. I will not support you. If people ask me what I think, I will say you suck, and that I think you are racist and offensive. But I'm not going to try to put you out of work. I'm not going to start a boycott, or a hashtag, looking to get you driven out of the business.

The utter contempt with which privileged Eastern liberals such as myself discuss red-state, gun-country, working-class America as ridiculous and morons and rubes is largely responsible for the upswell of rage and contempt and desire to pull down the temple that we're seeing now.

I've spent a lot of time in gun-country, God-fearing America. There are a hell of a lot of nice people out there, who are doing what everyone else in this world is trying to do: the best they can to get by, and take care of themselves and the people they love. When we deny them their basic humanity and legitimacy of their views, however different they may be than ours, when we mock them at every turn, and treat them with contempt, we do no one any good. Nothing nauseates me more than preaching to the converted. The self-congratulatory tone of the privileged left—just repeating and repeating and repeating the outrages of the opposition—this does not win hearts and minds. It doesn't change anyone's opinions. It only solidifies them, and makes things worse for all of us. We should be breaking bread with each other, and finding common ground whenever possible. I fear that is not at all what we've done.

And Bourdain does not hide the fact that he will not eat at any of Trump’s new restaurants at his D.C. hotel, nor would he dine with the president-elect.

“Absolutely f---ing not,” he replied on the question of dining with the president-elect. At the same time, Bourdain is honest. You now where he stands, and for a staunch liberal who can’t stank Trump—he knows that all is not well on his side either. He can’t stand political correctness and understands that most of his ilk hails from areas that reek of snobby elitism that killed their party in the election.

Then again, he said we should break bread with one another…except Trump I guess. Regardless, Bourdain, who cooks and critiques food for a living, seems to understand the problems facing liberalism than most. Moreover, he understands that his side's inability to reach outside of their comfort zone sunk them at the polls. Conservatives need to do the same. Republicans are the dominant political force in the country. Maybe it's time to re-enter the cities and try to win those voters back. And it will lead to breaking bread with the other side concerning pushing for school choice.