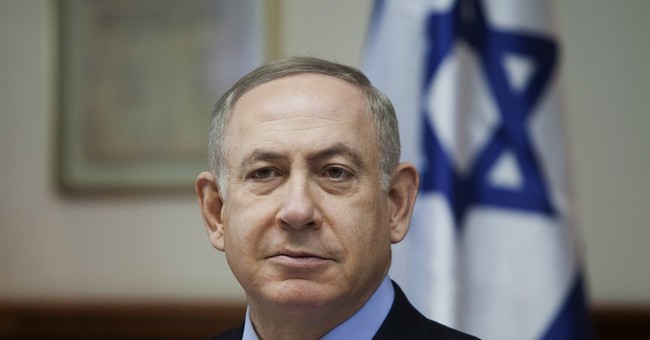 The Associated Press is reporting that Israeli Prime Minister Benjamin Netanyahu could be facing criminal charges from the country’s attorney general. Israel’s Ministry of Justice would not confirm that such an investigation will be announced, but the news organization noted that an update will be given “in due time.” Reportedly, the investigation will center on allegations of misappropriation of funds regarding the sale of submarines from a German company:

Israeli Channel 10 TV says Netanyahu is suspected in two cases, one of which is "grave and supported by evidence." The Ynet news website reports Netanyahu will be summoned for investigation in the coming days. Police said Thursday that the media reports contained "speculations and disinformation."

Leading Israeli opposition lawmaker Erel Margalit of the Zionist Union party has been campaigning for a formal investigation into suspicions of prominent donors improperly transferring money for Netanyahu's personal use, as well as reports that Netanyahu's personal attorney represented a German firm involved in a $1.5 billion sale of submarines to Israel.