Democratic Congresswoman: We're Not In Touch With Middle America Anymore And Our Coastal Bias Is A Problem 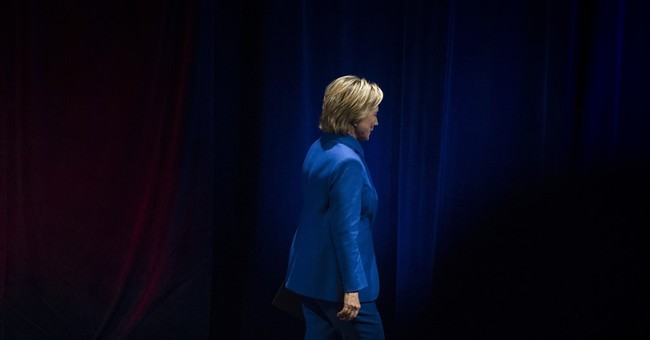 There are a few Democrats who know that their party is in trouble. They know the coasts are just killing the party, that the urban elites are more concerned about pushing identity politics, and that if they don’t retool their message—more political pain will be coming down the road. One of those people is Rep. Marcy Kaptur (D-OH), who knew early on that Hillary Clinton’s economic message was crap. We noted how Mahoning County Democratic Party chairman David Betras warned his party that voters here have the impression that national Democrats care more about which bathroom a transgender American can use than jobs. Even Sen. Bernie Sanders (I-VT) said that it’s time for Democrats to get back into the areas they had long ceded to the GOP. It’s easier said than done. Frankly, it’s hard do that effectively when a) the party apparatus in these areas have withered up and died; and b) you still have a congressional leadership that is more representative of the snobby, insufferable urban elite than Middle America.

Don’t get me wrong; Democrats can definitely win back these Trump voters. But in order to do so, a little soul searching is required, which is what Congresswoman Kaptur is stressing (via Toledo Blade):

“I think the Democratic Party has some soul-searching to do. On the economic front it fell short,” Miss Kaptur told The Blade.

She sent to her Democratic House colleagues a packet of graphs, political cartoons, and articles that portray a “bicoastal” bias on the part of the Democratic Party leadership. Miss Kaptur said the industrial heartland feels “squeezed out, overshadowed, marginalized, ignored.”

And the representative doesn’t think the national Democratic Party is in touch with those voters, seeming to prefer its leadership come from the coasts.

“I think that they are sympathetic but they really don’t understand,” Miss Kaptur said after House Democrats again elected California U.S. Rep. Nancy Pelosi as their leader in the House, over Rep. Tim Ryan of Ohio.

“They are captive of their own ideology and culture and economies. San Francisco being a financial center, I think it’s really hard for someone like Leader Pelosi to really internalize what it’s like to live in a place where someone can have their job jerked out from under them,” Miss Kaptur said.

Meanwhile, the Republican Party’s leadership is heavily Midwestern — with the exception of President-elect Trump, who is from New York. Vice-president-elect Mike Pence is from Indiana. Speaker of the House Paul Ryan is from Wisconsin. Senate Majority Leader Mitch McConnell is from Kentucky. The incoming chairman and co-chairman of the Republican National Committee are from Michigan and Ohio.

President Obama said that he’s confident that he would have won a third term if the Constitution permitted him to run again. Obama did manage to prevent Romney from running up the score in the rural counties, which partially was due to a) Romney not connecting with these people; and b) Obama actually showing up in these areas, unlike Clinton, showing explicitly why voting for him was in the working class’ best interest. Clinton didn’t do that and it showed. And I’m not sure if Obama could have won a third term, given that million of his supporters flipped for Trump. They heard his stories twice. I’m banking on that they weren’t going to go for it another time.

Yet, that’s an entirely different problem that party has to grapple with as well—which is what to do after the post-Obama era. It’s obvious that his coalition will not support anyone other than Barack Obama. Clinton’s people thought his legions of voters would turn out for Clinton just like in 2012. That mindset led to disaster on November 8. Moreover, there was no Hispanic surge, despite what many on the Left thought due to President-elect Donald Trump’s position on immigration. In the end, Trump did better with Hispanics than Romney. As Obama occupied the Oval Office, the GOP was slowly ate his party alive. They now control the presidency, Congress, 69/99 legislatures, and two-thirds of the governorships.

So, yes, a little soul-searching is required for the Democrats. The Republicans went through it—all parties go through this wilderness period. Yet, Kaptur’s observation about the coasts is probably what’s going to torpedo this introspective exercise. Many on the Left don’t want to think about why Clinton lost. They don’t want to come to terms with the fact that she just plain sucked as a candidate. Trump has his flaws, but he’s intuitive, he’s able to paint a picture for voters, and he speaks to their frustrations. Clinton is incapable of doing any of that. Her email fiasco alone destroyed her numbers on trust and honesty. Blaming sexism, misogyny, racism, and any other progressive taking point only provides a buffer for America’s liberals to avoid having the hard discussion about why they lost. In their minds, Clinton won because she got more popular votes, showing how most of them don’t know how we even elect presidents in this country. Okay—maybe that’s a stretch, but it speaks to the self-righteousness that many on the Left exhibit when it comes to politics. All of that came crashing down on November 8.

Kaptur is right about how to get her party back on track. It’s no secret concerning how to win these voters again. The question is whether the soft, illiberal, hyper-emotional, and ultra tender snowflakes on the progressive Left will allow such a debate. I’m banking on no such debate happening any time soon. After all, debates afford other opinions to be voiced, meaning it’s not a safe space for these people. Thus, it must be part of a system that’s racist, patriarchal, or misogynistic. And there you have it—the end of debate when liberals are in the room.

Identity politics can really suck, especially when a fellow Democrat is trying to right the ship. The coasts are probably going to continue suffocate the Democratic Party for the time being. So, in the meantime, Republicans can govern. Don’t squander this window.