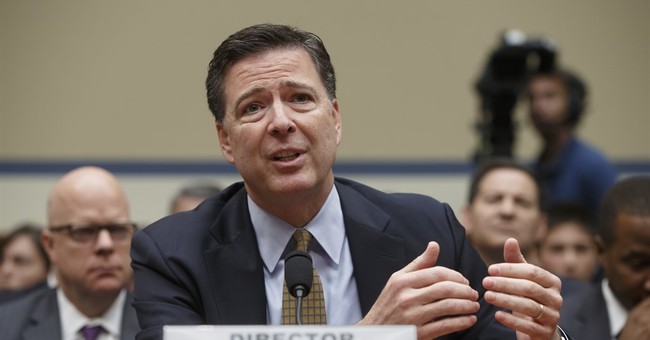 Well, it looks like the inter-agency feud between the CIA and the FBI over Russia’s intentions during the 2016 election is over. The FBI is now onboard with the CIA’s assessment that Russia interfered to help Trump win the election. Outgoing Director of National Intelligence James Clapper also agreed with the assessment from the CIA. He had previously refused to comment due to a lack of conclusive evidence (via WaPo):

FBI Director James B. Comey and Director of National Intelligence James R. Clapper Jr. have backed a CIA assessment that Russia intervened in the 2016 election in part to help Donald Trump win the presidency, according to U.S. officials.

Comey’s support for the CIA’s conclusion suggests that the leaders of the three agencies are in agreement on Russian intentions, contrary to suggestions by some lawmakers that the FBI disagreed with the CIA.

“Earlier this week, I met separately with (Director) FBI James Comey and DNI Jim Clapper, and there is strong consensus among us on the scope, nature, and intent of Russian interference in our presidential election,” CIA Director John Brennan said in a message to the agency’s workforce, according to U.S. officials who have seen the message.

“The three of us also agree that our organizations, along with others, need to focus on completing the thorough review of this issue that has been directed by President Obama and which is being led by the DNI,” Brennan’s message read.

Okay—so the three big wigs of domestic and foreign intelligence said that Russia was working to help elect Donald Trump. Still, the review isn’t done—and the methods in which an election could be hacked in the ways that Democrats want to convey to undermine Trump are not possible. Amber Phillips and Philip Bump of The Washington Post mentioned how difficult it would be to hack an election in August:

…the Florida State Association of Supervisors of Elections wrote a letter to voters in that state explaining how it protects the voting system itself. The steps delineated are:

The Department of Homeland Security noted that there were no spikes in cyber activity that would suggest our nation was under attack on Election Day. They also said that there’s no evidence that hacking impacted ballot counts. Attorney General Loretta Lynch said that there was no evidence of “technical interference” occurring on election night from Russia. Moreover, most of the voters who supported Trump are not concerned about Russian interference; they’re worried about survival. Yeah, maybe it’s a bit unsettling that a foreign power seemingly leaked some information that made one candidate look bad. Yes, I think Congress should look into hacking in general and find ways to beef up security because the Chinese and others try to hack us every day—with the former being eons ahead of us in cyber warfare. Did it truly sway the election? We knew about the email fiasco, the press found that Hillary may have had some unethical dealings at the Clinton Foundation, and she ignored the very voters who sunk her on Election Day—all without the Russians’ help. Even if the Russians tried to give President-elect Trump a push, I think we’ll find out that it had little to do in swaying the election. I could be wrong, but don’t be shocked if Congressional Democrats overplay their hand in this due to their unending hysteria over Clinton’s loss.