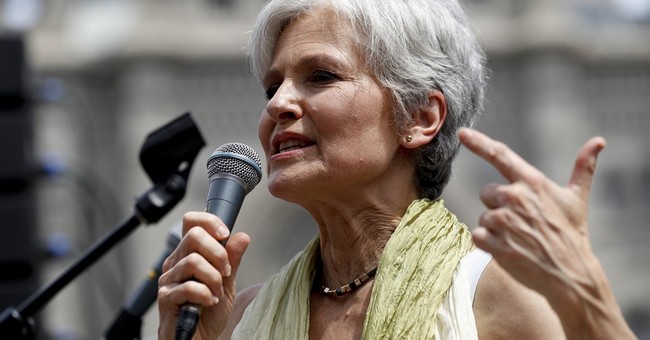 A Wisconsin judge has rejected the Stein campaign’s reasons for why there should be a hand recount, adding that the request, backed by the Clinton campaign, failed to show a valid reason for doing so. Green Party candidate Jill Stein is hoping to create more drama during this 2016 election cycle by trying to recount the votes in Wisconsin, Pennsylvania, and Michigan. Wisconsin has said they’re moving forward with a recount, but said they would not conduct a hand recount, which prompted Stein to file a lawsuit. Pennsylvania is even worse for Stein’s pie-in-the-sky efforts, as their voter-initiated deadline has passed. Stein will have to challenge the results in court, where she will be forced to present evidence of hacking or voter fraud, the former of which is the catalyst for this recount effort. And herein lies the problem; there is no evidence of hacking. The Obama administration even said there was no suspicious increase in cyber activity that would suggest hacking was being conducted on election night. There is no evidence. Hence, why the judge refused to honor the Stein/Clinton request for a hand recount (via Milwaukee Journal Sentinel):

Dane County Circuit Judge Valerie Bailey-Rihn said the effort to force the hand recount — which was backed by Democrat Hillary Clinton’s campaign — did not meet the state’s legal standard for prohibiting the use of machines in the recount, saying that the two campaigns did not show a hand recount, though more thorough, was necessary or show there was a clear and convincing evidence of fraud or other problems.

Bailey-Rihn said there were good reasons to do a hand recount but no legal basis for her to mandate it.

"I follow the law. That's who I am despite my personal opinions," said Bailey-Rihn, who was elected to the bench last spring. "It's (the counties’) decision. It's their discretion. I may disagree with it … but I must follow the law."

Debbie Greenberger, an attorney for the Stein campaign, said she was uncertain whether their side would appeal but said she hoped county clerks would heed the judge’s praise for a hand recount even though Bailey-Rihn did not mandate it.

"We hope the county boards will take the judge's strong statement to heart," Greenberger said.

Stein went on to say that Wisconsin’s voting machines are illegal. Even left leaning Politifact rated that as a “pants on fire” lie. The results are not going to change all that much, perhaps a couple hundred votes lost or gained, but Trump will be the winner of Wisconsin’s recount vote. He won the election. Period. Is this a Clinton campaign-funded operation? No direct evidence to suggest as such, but it’s odd that a) the Clinton campaign hopped on this effort even after they found no evidence of voter fraud, hacking, or any other outside force that would prompt them to file a recount petition on their own; and b) Stein had to know that any votes Trump could lose will benefit Clinton, not her. Stein has raised a lot of cash since this recount effort began. Almost $7 million has been raised, which amounted to more than what she fundraised for her entire presidential campaign. It’s all a little too convenient, which is why the Republican Party of Wisconsin filed an FEC complaint yesterday (via LawNewz):

The Republican Party of Wisconsin filed a complaint with the Federal Elections Commission on Wednesday that alleges Jill Stein is allowing her campaign to be used as a front for Hillary Clinton’s campaign in the recount effort. Stein has denied those allegations.

“It is concerning that the Stein campaign would position itself to front and fund a recount attempt that only serves the interest of a desperate and defeated Clinton campaign,” the complaint states. “Further, it is incredibly disturbing that given these asymmetrical interests, the Clinton campaign would readily begin organizing around the effort in order to capitalize on the chaos created by this attempt to undermine the integrity of Wisconsin’s elections process.”

The GOP argues Stein’s actions are essentially a coordinated $3.5 million expenditure on behalf of the Clinton campaign, in excess of the $2,000 amount allowed by federal campaign donations laws.

The Stein campaign has of course denied these allegations.