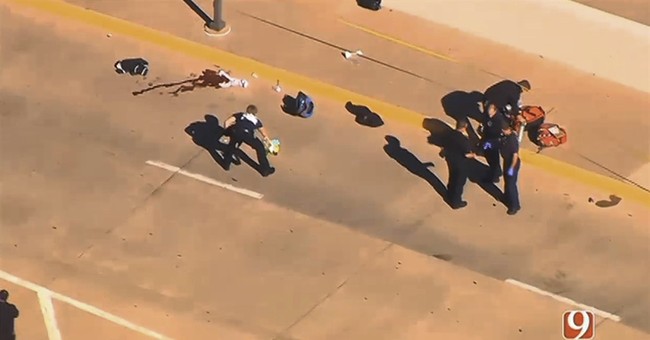 Yesterday the Will Rogers World Airport in Oklahoma City was on lockdown due to an active shooting event. Tragically, one person was killed, but the lockdown has been lifted and operations are slowly resuming. The shooter, a former employee of the airport, killed himself with a self-inflicted gunshot wound.

The shooting occurred in the parking lot, where Lloyd Buie, who worked for Southwest Airlines at Will Rogers, apparently waited for victim Michael Winchester, another employee for Southwest, in order to kill him (via CNN):

An hourslong manhunt ended when the suspect in the fatal shooting of a Southwest Airlines employee at Will Rogers World Airport in Oklahoma City was found dead of an apparent self-inflicted gunshot wound, police said.

The suspect was found in a truck in a parking garage, said Capt. Paco Balderrama of the Oklahoma City Police Department. The suspect, who was shot in the head, has not been positively identified.

Balderrama said the shooting was not random.

"It's too early in the investigation to figure out the exact motive, although the crime does appear to be premeditated," he said.

The captain said it appeared the suspect waited in his truck for the victim, a Southwest Airlines employee named Michael Winchester, to either arrive for or leave work.

Local outlets had more information regarding the discovery of Buie’s car, which took awhile to clear since there’s always a chance that the vehicle could be booby-trapped (via News9 OK):

"When you have a potential suspect inside a building as big as the airport and several levels of parking garage to search, it's going to be time consuming," said Oklahoma City police Capt. Paco Balderrama.

After a five-hour lockdown, police announced the suspect had been located in a red pickup on the second level of the parking garage.

"When there is a vehicle that is potentially booby trapped ... we have to take our time to clear the vehicle," said Balderrama.

Police said a the tactical unit used a technique to blowout one of the windows but it was difficult to distinguish if the suspect was still a threat.

A tactical robot was used to get a closer look.

Police confirmed the suspect was dead from an apparent self-inflicted gunshot wound.

KFOR 4, a local NBC affiliate, reported that Winchester was murdered as he left work by Buie on the second floor of the parking garage from about 50 yards away. At the same time, they did add that while Buie might have wanted to kill someone, it’s undetermined if Winchester was the target. One thing is clear: Buie intended kill someone that day:

Officials announced on Wednesday that they believe that Winchester was shot as he was leaving work and walking to his car.

Investigators believe that Buie shot Winchester with a rifle from the second floor of the parking garage, which was about 50 yards away from where the victim was found.

Detectives say they were able to determine that the alleged suspect, Buie, was a former Southwest Airlines employee who resigned from his job in April of 2015.

Authorities say they believe that the alleged suspect armed himself and went to the airport with the intention of shooting someone.

However, they say they do not know if Winchester was the intended victim.

We’ll keep you posted. Associated Press said "retaliation" was a motive, but a lot is still unclear.