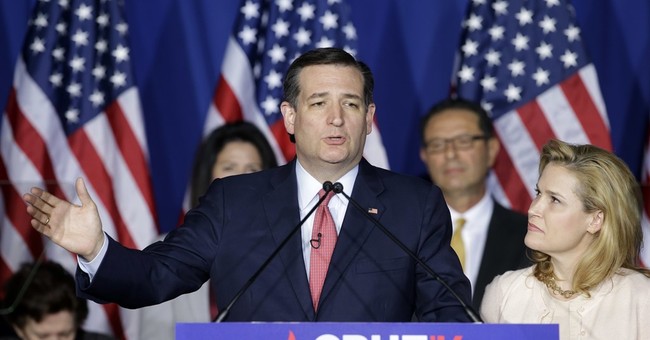 It just shows how politics can make strange bedfellows, given Cruz’s acrimonious rivalry with Trump during the Republican primaries. The Texas senator was booed off the stage during the Republican National Convention, where he refused to endorse Trump and urged GOP voters to vote their conscience. Cruz eventually endorsed Trump in September (via The Hill):

Cruz discussed a possible role in Trump’s upcoming administration at a meeting in Trump Tower in New York City Tuesday, a person familiar with the matter told Bloomberg Politics.

CNN's Jim Acosta reported that a source told him Cruz was on a "long short list" of potential attorney general picks.

Cruz visited Trump to offer assistance during the president-elect's transition talks, a transition aide told NBC News earlier in the day, adding that the Texas senator is not being considered for a Cabinet post.

A spokeswoman said after Cruz’s stop he was “pleased to have the opportunity to meet with President-elect Trump in New York.”

Sen. Lindsey Graham (R-SC) said that the Trump White House should consider Cruz for the Supreme Court. We’ll see how this turns out. There are a lot of appointments pending.