Nevada Senate Projection: A Very Tight Race Between Heck And Cortez, With Hispanic Voters Being The Key To Victory 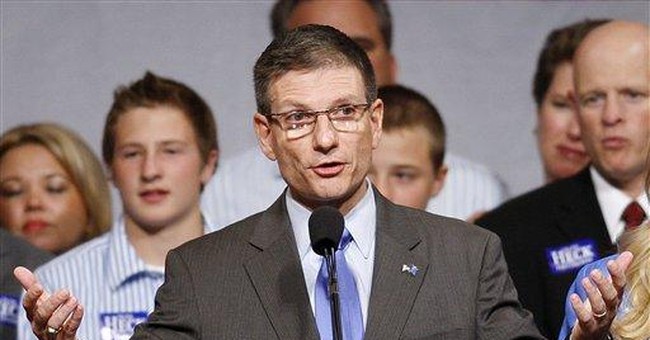 In Nevada’s Senate race, Rep. Joe Heck (R-NV) and former Democratic Attorney General Catherine Masto Cortez are in a virtual dead heat, albeit Cortez is 1.8 points ahead in the Real Clear Politics (RCP) average. Heck had been leading in the polls, which ended when we entered October. Cortez was leading by one to seven points in some polls, whereas other had Heck up between three and seven points as well. October was also the month where the Access Hollywood dropped, which plunged the Republican Party (temporarily) into chaos, with some defections from Trump by congressional Republicans, coupled with a few calling for him to drop out. Yet, the bleeding seemed to have stopped after Trump has a solid second debate performance. Some GOP lawmakers who had abandoned the billionaire soon clarified their position the following week to say they still support him.

Joe Heck called on Trump to drop out, which elicited boos from the crowd. Six days ago, he said Trump was qualified, but didn’t say whether he would vote for his party’s nominee. Heck’s previous support of Trump has been a lightning rod for Democrats trying to energize their base against Heck and the GOP ticket, especially with Hispanic voters, which will be the key in this race.

Early voting in Nevada has seen a massive surge in Hispanic turnout, which prompted commentators, like Jon Ralston (the pulse of Nevada politics), to say that Trump and the GOP would need a miracle to pull out a win. I mean, the Democrats do have quite an operation set up there (via ABC News):

A deeply entrenched Democratic machine that includes a tireless union field operation has helped the party build a six-point voter registration advantage and a five-point statewide turnout lead in early voting. That bodes well for Clinton unless Republicans overwhelm on Election Day, but Democrats also need to stave off Nevadans' tendency to split the ticket if they're to sweep Cortez Masto into the Senate as Minority Leader Harry Reid's successor.

Still, FiveThirtyEight (and ABC News) noted that Heck could benefit from a Dean Heller situation, where the now Sen. Heller was able to split tickets, despite Obama winning the state by seven points in 2012, but there’s a caveat:

Heck is running against Democrat Catherine Cortez Masto to fill the seat of retiring Democratic Sen. Harry Reid. Heck, like Toomey in Pennsylvania, has struggled to figure out how exactly to deal with the Republican presidential nominee. While the polls point to a close race, the early vote in Nevada has been decidedly negative for Republicans. That doesn’t mean Heck is toast. Four years ago, Republican Sen. Dean Heller was able to win by 1 percentage point even as President Obama carried Nevada by 7 points. Heller, though, benefitted from a Democratic opponent who had ethics problems. Heck doesn’t have that luxury. Heck’s best chance is to win a larger share of Latinos than Trump in Clark County, where they are turning out in large numbers.

On a side note, it’s not clear, even with the increased Hispanic turnout that this election is over. Remember, early voting numbers aren’t the best indicators for final results. At the same time, we shouldn't be shocked if Cortez pulls this one out by a point or two.