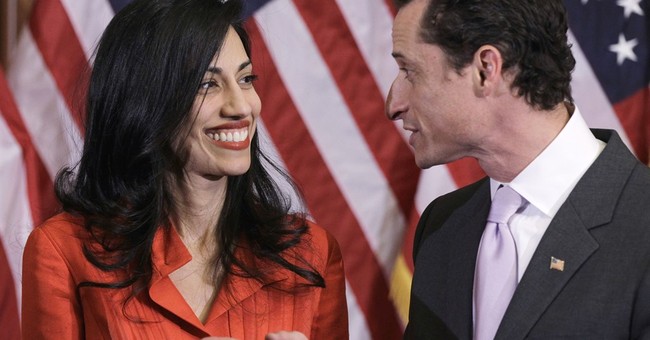 Katie wrote about the FBI’s quest to obtain a new search warrant to review the trove of Clinton-related emails found on Anthony Weiner’s laptop. Weiner, who is now separated from Abedin, is under investigation for an inappropriate online interaction with an underage girl. Abedin reportedly shared this laptop, which is how these emails were discovered. All day rumors circulated that the DOJ, FBI, and Abedin’s lawyers were in talks concerning seeking approval to review the emails. That proved to be false. No contact was made in the end, but federal authorities now have obtained that critical warrant for this renewed investigation to move forward. Anthony Weiner is said to be cooperating with the investigation as well (via NBC News):

The FBI already had a warrant to search Weiner's laptop, but that only applied to evidence of his allegedly illicit communications with an underage girl.

More details about this latest episode of Clinton’s email saga have trickled I throughout the weekend, such as FBI agents knowing for weeks about the latest batch of Clinton-relate emails, but waited to inform FBI Director James Comey who learned of their existence last Thursday before sending the letter to Congress informing them that they’re going to review these documents. What caused the delay remains a source of speculation. Comey also said that the emails haven’t been reviewed since they probably had to file for another warrant, as the Weiner investigation was unrelated and the mandate was lacking. Abedin, who is also Clinton’s top aide and vice chair to her campaign, could possibly land in hot water for perjury. In June, she said in a sworn deposition that she had turned over all devices containing State Department emails. The testimony was part of a Judicial Watch lawsuit over Clinton’s email server. Also, in February of 2013, Abedin signed a form that she would turn over all State Department-related documents, classified, administrative, etc. upon leaving her post in the government. Both the deposition and the release form were carried penalties of perjury.

In the meantime, outgoing Senate Minority Leader Harry Reid (D-NV) sent a letter to Comey, accusing him of exhibiting a “disturbing double standard for the treatment of sensitive information.” Oh, and he demands that Comey release the “explosive information” about Trump’s Russian ties. Democrats really don’t like Russians this cycle. Yet, we’re the party that’s stuck in the Cold War mentality.