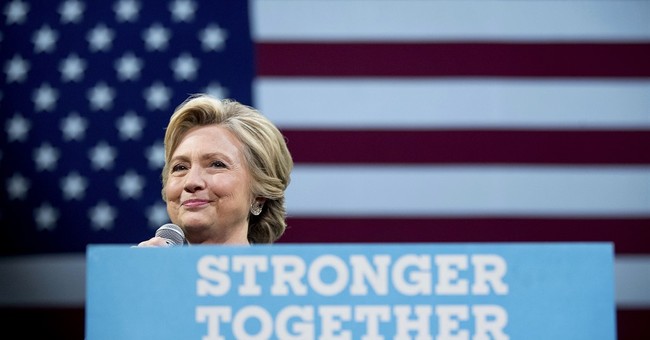 If there’s one thing that’s constant with young voters and African-Americans, it’s that they have a rapidly decreasing interest in this election. It’s a point of concern for the Clinton campaign regarding turnout, especially since interest has dropped precipitously since 2008 with these two groups that happen to be cornerstones of the Democratic Party base. Now, the silver lining is that Hispanic interest mirrors the overall mood for voters this cycle (via WSJ):

Some 65% of African-Americans rate themselves as highly interested in the election, down 18 points from the 2012 election and down 28 points from 2008, the Journal/NBC News survey found.

In good news for Mrs. Clinton, Hispanic voters appear to be engaged. Some 69% of Hispanic voters rate themselves as highly interested in the campaign, up 1 point from 2012 and nearly equal to the electorate overall.

Moreover, Hispanic voters say they are about as certain to vote in the presidential election as are voters overall [72 percent].

Some 82% of Hispanic voters in the survey said they were “absolutely certain’’ to vote, with an additional 8% saying they probably would vote. That was on par with the 86% of voters overall who said they would definitely vote and 6% who said they were likely to vote.

If those shares hold, Mr. Trump would draw less Hispanic support than Mitt Romney, the 2012 GOP nominee, who won 27% of Hispanic voters. Hispanics accounted for one in 10 voters that year.

Now, while engaging all voters is crucial to growing the party, Trump has pretty much destroyed that engagement with his hardline stance on immigration, which garnered him enormous energy from the grassroots that has fueled his candidacy ever since. He promises a wall, which might be a point of consternation with some voters, but his proposal to deport all criminal aliens isn’t controversial; it’s actually established federal law. Trump’s enemies say he’s going to have a deportation force. His running mate Gov. Mike Pence said that it’s already in place; they’re called Immigration and Customs Enforcement—and they’re going to enforce the laws that have been hamstrung by the Obama administration’s arguably unconstitutional executive actions on immigration.

While Hispanics might vote for Clinton, keep in mind that the vast majority of these voters a) live in states that aren’t competitive in presidential years (i.e. California isn’t going red and Texas isn’t going blue)—so there’s an obstacle there with regard to outreach; and b) due to the influx of illegal immigration, the number who can legally vote might be mixed. Now, that’s not to say that Trump and the GOP, or any political party, should give up reaching these voters. It would be nice if Trump had conveyed his positions that didn’t have Hispanics fleeing from the GOP camp. Of course, the goal should be and tried to win, but remaining competitive is what’s key. Bush won 44 percent of the Hispanic vote in 2004, and he got New Mexico too—a state that if Trump had a chance of winning, would make the road to 270 much easier now that Colorado and Nevada look like a roll of the dice. Trump does have a huge advantage with non-college educated, working class whites. In fact, he’s performance with this group is much better than Romney, but college-educated and suburban women are keeping him from gaining a decisive edge at this point. The various allegations of sexual misconduct have killed any outreach with this swing demographic. Yes, women weren’t too happy with Clinton’s lack of accountability with her emails at one point in this race.

It was looking like this was going to be a dead heat—and some polls still have it that way. I guess we’ll have to see come Election Day.