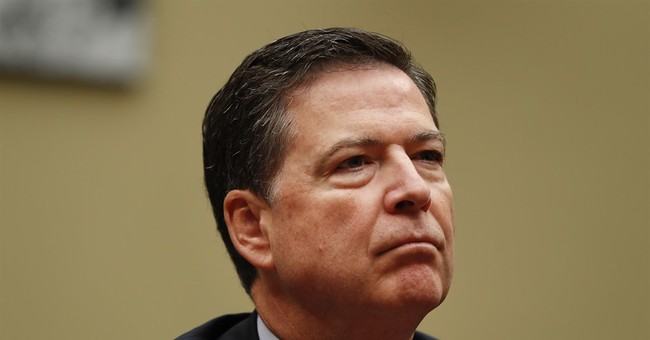 FBI Director James Comey’s decision to not file charges against Hillary Clinton over her unauthorized and unsecure email server was controversial. It led to a backlash against him by conservatives that was also dotted with disbelief and shock. It led to him appearing before congressional hearings for further questions, given how damning his press conference was on July 5 about the agency’s findings. During that press conference, he said that 110 emails on 52 separate chains contained classified information, that Clinton and her staff were extremely careless in handling sensitive information, and that there were three emails that they recovered, which were classified at the time these communications were sent or received. But Hillary Clinton might not have known these were sensitive since the documents weren’t properly marked. In fact, she didn’t know that “c” stood for classified. Wikileaks’ Julian Assange denies that claim, saying that Clinton is lying.

If anything, as Chuck Todd and others noted, Comey’s July 5 press conference was GOP attack ad gold and offered an indictment of her judgment as president. That point would never be made; the Trump campaign never did any ads immediately after Comey’s presser. Regardless, the FBI is apparently at odds over their boss’ decision not to file charges. Fox News reported from a high-level source that said that the agents involved in the email investigation were “disgusted” by Comey’s refusal to file charges, and that virtually everyone investigating thought that Clinton’s security clearance should be revoked. Guy wondered if any DOJ or FBI officials/agents would resign over their grievances with Comey. That remains to be seen. The latest news from the grapevine is that the FBI is revolting against Comey, and that agents view him as a “dirty cop,” according to a former U.S. attorney (via American Spectator):

The loss of faith in the bureau chief stems in part from a dishonest rendering of the decision not to indict Mrs. Clinton as unanimous rather than unilateral and in part from the bureau’s decision to destroy evidence in the case and grant blanket immunity to Clinton underlings for no possible prosecutorial purpose.

“There is a consensus among the employees that the director has lost all credibility and that he cannot lead the bureau,” diGenova explains. “They are comparing him to L. Patrick Gray, the disgraced former FBI director who threw Watergate papers into the Potomac River. The resistance to the director has made the agency incapable of action. It has been described to me as a depression within the agency unlike anything that anyone has ever seen within the bureau. The director’s public explanation for the unorthodox investigation are viewed by people in the bureau as sophomoric and embarrassing.”

The Spectator added that the FBI’s own notes cited Clinton aides destroying old Blackberries (Clinton had 13 devices) with hammers, which isn’t State Department policy. The publication also adds that agents are now a bit on edge that Congress could subpoena them over Comey’s handling of the investigation.

We’ll keep you updated. But, regarding the dirty cop remark, things look like they’re getting worse over there.