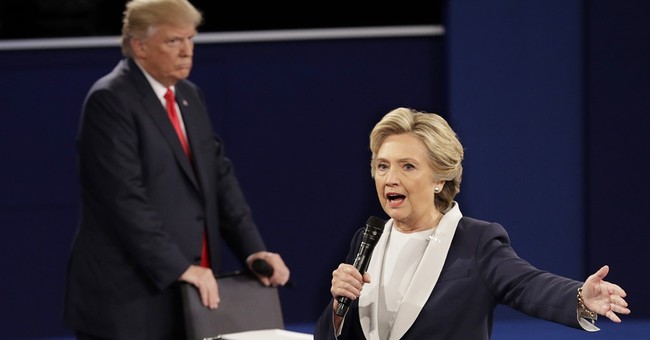 During tonight’s debate Hillary Clinton said that classified material did not fall into the wrong hands. Well, that’s not necessarily true. Granted, we don’t know if any hostile actors obtained state secrets, but people who were not authorized to view classified information certainly had access to Hillary Clinton’s private server. One of those people was Bill Clinton’s aide Justin Cooper, who admitted that he didn’t have a security clearance at a House Oversight Committee hearing last month.

CHAFFETZ: “2001, Did you ever have a security clearance level of any level after that?”

COOPER: “No, I do not have a security clearance.”

REP. CHAFFETZ: “When you had full access to the whole server the entire time that you were working for the Clintons.”

REP. CHAFFETZ: “And you have no Security Clearance?”

COOPER: “I have no security clearance.”

And more importantly, Hillary and her staff have been proven to be careless with regards to handling sensitive material. The server was not authorized by the State Department. It was not secure. The point is that she left sensitive material vulnerable. There were 53 attempts to hack her server, and as it so happens, Mr. Cooper had access to the server, which had classified material on it.
First Grader Wears Mask for School Photo: 'My Mom Said to Keep It on All the Time'
Landon Mion
The Lancet Tweet About 'Bodies with Vaginas' Gets Wrecked
Rebecca Downs
NYC Vaccine Mandate for Teachers Delayed by Federal Judge Just Days Before Set to Go into Effect
Rebecca Downs
House Budget Committee Passes Spending Bill
Rebecca Downs
NBA Player Denied Religious Exemption from San Francisco's Vaccine Mandate, Will Not Play Home Games
Landon Mion
What Does It Mean That So Many Americans Support Roe v. Wade?