Poll: Capital Punishment Is Falling Out Of Favor With Americans 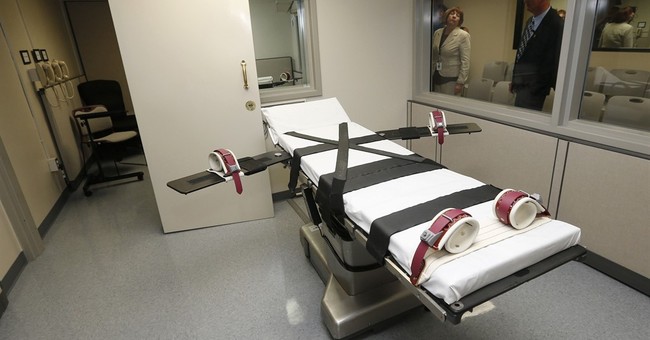 For the first time in over four decades, support for the death penalty has dipped below 50 percent, according to Business Insider. The news publication noted that support for capital punishment has been on a two-decade decline, but the new numbers from Pew Research shows that 49 percent of Americans support this type of punishment that’s doled out rarely in our system of justice.

Concerning party breakdown, Republicans still overwhelmingly support the death penalty, though it has declined over the years. Nevertheless, the decline in support is more explicitly shown with Democrats and Independents. Pew also cited last year’s detailed study on capital punishment, noting that 63 percent felt it was morally justified, but added that 71 percent felt there was some risk to innocent people getting executed, along with 61 percent who felt that it didn’t deter crime:

Only about half of Americans (49%) now favor the death penalty for people convicted of murder, while 42% oppose it. Support has dropped 7 percentage points since March 2015, from 56%. Public support for capital punishment peaked in the mid-1990s, when eight-in-ten Americans (80% in 1994) favored the death penalty and fewer than two-in-ten were opposed (16%). Opposition to the death penalty is now the highest it has been since 1972.

Though support for the death penalty has declined across most groups, a Pew Research Center survey conducted Aug. 23-Sept. 2 among 1,201 adults finds that most Republicans continue to largely favor its use in cases of murder, while most Democrats oppose it. By more than two-to-one, more Republicans (72%) than Democrats (34%) currently favor the death penalty.

Two decades ago, when majorities in both parties favored the death penalty, the partisan gap was only 16 percentage points (87% of Republicans vs. 71% of Democrats).

And, for the first time in decades, independents are as likely to oppose the use of the death penalty (45%) as they are to favor it (44%).

A more detailed study last year of attitudes toward capital punishment found that 63% of the public thought the death penalty was morally justified, but majorities said there was some risk of an innocent person being put to death (71%) and that the death penalty does not deter serious crime (61%).

Despite the support among Republicans, conservatives have become increasingly skeptical of the punishment, noting its ineffectiveness in deterring crime, the financial costs, the debate over big government deciding life and death, and the various issues that could lead to innocent people falling through the cracks. Deep-red Nebraska overrode Gov. Pete Ricketts’ veto last May, joining 18 other states that have nixed capital punishment.