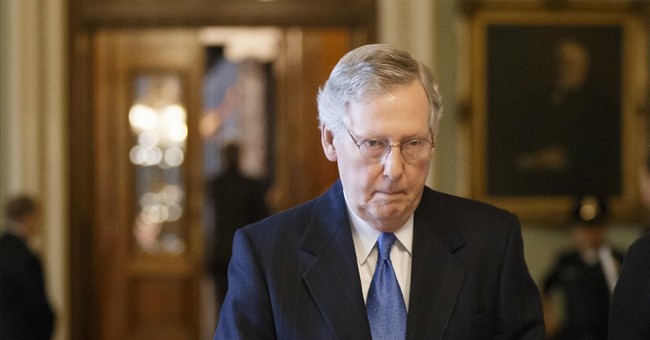 Congress passed legislation that would allow the victims of the 9/11 terror attacks to file lawsuits against Saudi Arabia. The Obama White House threatened to veto it, despite overwhelming bipartisan support. Obama plans to veto the bill this Friday, but Senate Majority Leader Mitch McConnell said that the upper chamber would remain in session, delaying their planned vacation to hold a vote to override the veto (via The Hill):

Senate Majority Leader Mitch McConnell (R-Ky.) said Tuesday that the Senate will take up an expected veto override of legislation that lets families of 9/11 victims sue Saudi Arabia in U.S. courts before breaking for the elections.

"Both of those we'll have to deal with before we depart," McConnell told reporters.

He was referring to the veto override and a separate push to block a proposed arms sale to Saudi Arabia.

The Senate is scheduled to be in session through early October, but lawmakers were hoping to leave town as soon as this week until after the election.

McConnell said Tuesday that it's "safe to say" the Senate will be in session next week.

Both bills passed the House and Senate with unanimous consent, with Sen. Chuck Schumer (D-NY) saying that he’s very confident they could muster the two-thirds majority to override the president’s veto should that occur.