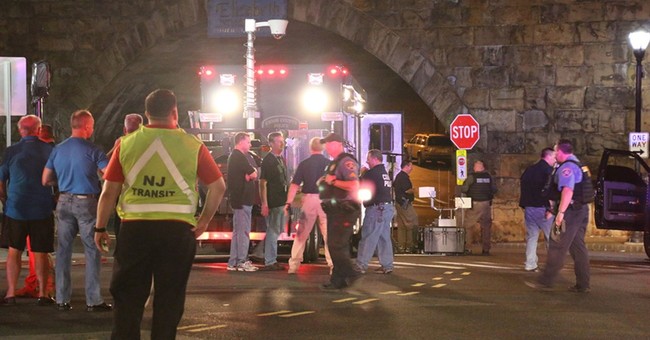 We have multiple reports from Reuters and other sources that Ahmad Khan Rahami, the man who is the target of today’s manhunt, has been taken into police custody after a firefight with police in Linden, New Jersey.

MORE: Sources: Ahmad Rahami was shot and is en route to hospital - @NBCInvestigates

JUST IN: Mayor: 1 officer shot, 1 injured during shootout with Ahmad Rahami in Linden, NJ; both expected to be OK; Rahami also shot.

Suspect Ahmad Khan Rahami wounded, mayor says. One officer shot in vest and one in the hand. https://t.co/KJDhyP01wT pic.twitter.com/vN85KMQe99

Linden Mayor Derek Armstead told local reporters that Rahami was found sleeping in the hallway of a bar owner, who called the police to report the incident. When the police arrived, they recognized him, with a firefight ensuing. One officer was shot, but his bulletproof vest saved him. Officers retuned fire, shooting at Rahami several times. He was wounded in his shoulder.

Linden mayor to @ABC7NY: Rahami was found by an officer after a report of a person sleeping in a hallway of bar. Officer recognized him

Linden police captain: Rahami was conscious and awake when he was on the ground

Mayor of Linden says a bar owner called to report someone sleeping in his hallway. When officers arrived, they realized he was Rahami