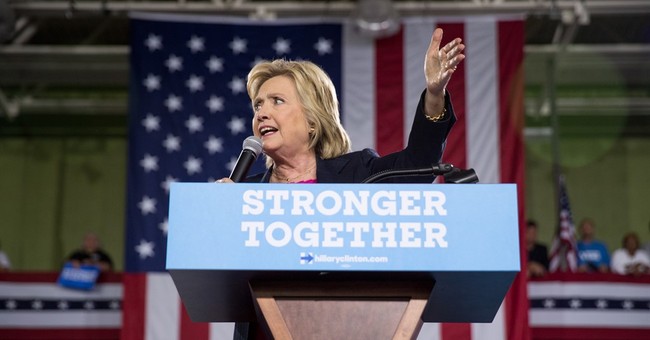 Well, it’s happening today. After days of the media speculating about Clinton’s health, the former first lady will release more of her records within this hour, according to MSNBC.

UPDATE: Well, there’s nothing new here, folks. Hillary’s team decided to reveal what we already know: That’s she’s been stricken with pneumonia, she’s on antibiotics, and she’s fit to be president. It’s the same old story we’ve been told about her condition, though we will keep you updated:

The letter from Dr. Lisa Bardack will describe how the Democratic nominee received a non-contrast chest CT scan on Friday, said a Clinton campaign official. The scan revealed a small right middle-lobe pneumonia, which was non-contagious and bacterial. She was treated with Levaquin, and instructed to stay on it for 10 days, the campaign said.

She was diagnosed with mild, non-contagious bacterial pneumonia, her doctor said, a step the campaign took after the candidate had to take three days off the campaign trail after nearly collapsing at an event on Sunday.

Bardack added that Clinton "is recovering well with antibiotics," including Levaquin, which she was told to take for 10 days.