When You Call A U.S. President A ‘Son Of A Whore,’ Meetings Will Be Cancelled 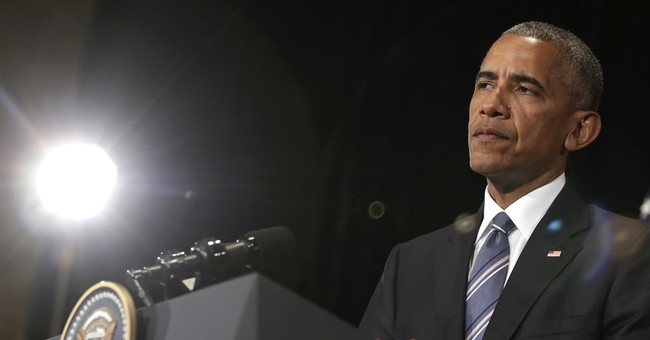 It’s now official. The new president of the Philippines, Rodrigo Duterte, is the Asian Donald Trump. His demeanor had some observers making the comparison between him and the Republican nominee with regards to saying what's on his mind. He campaigned as a tough on crime candidate—and he’s launched a merciless war on drugs, where both civilian and police alike seem to have great latitude in getting rid of those suspected of being in the country’s drug trade. Human rights groups have voiced their concern over these extrajudicial killings and vigilante acts, which was going to be a topic of discussion between Duterte and President Obama. That meeting was axed when Duterte called the president the “son of a whore” (via The Guardian):

Barack Obama has cancelled a meeting with the president of the Philippines after Rodrigo Duterte appeared to call him a “son of a whore”.

The move followed a warning from Duterte to the US president to keep off the subject of extrajudicial killings in his country’s brutal drug war when they were due to meet on Tuesday at a regional summit in Laos. Duterte told a press conference that Obama “must be respectful”.

The firebrand president was answering a reporter’s question about how he intended to explain the extrajudicial killings to Obama, before boarding a plane to Laos for the Association of South-east Asian Nations summit.

“You must be respectful. Do not just throw away questions and statements. Son of a whore, I will curse you in that forum,” Duterte was quoted by as saying by Agence-France Presse. “We will be wallowing in the mud like pigs if you do that to me.”

Okay—from an entertainment standpoint, this is quite incredible. At the same time, it’s highly disrespectful to call any head of state, especially the most powerful one in the world, a “son of a whore.” Duterte just threw mud at the presidency of the United States. It’s just not acceptable behavior.

On a side note, Duterte’s effort to rid his country of drugs is certainly a point of contention, as hundreds are being killed without due process of law. It’s pretty much like the movie the Purge in some respect. The estimates vary, but in August/September, the number of those killed for being suspected of participating in any aspect of the narcotics trade range from more than 400-700 people in a month.

Duterte was elected into office in a landslide. Upon his shoot-to-kill decree for those participating in the narcotics business (both users and dealers), he bluntly said, “If you know of any addicts, go ahead and kill them yourself as getting their parents to do it would be too painful.”

UPDATE: Duterte sort of walked back his comments about Obama (via AP):

Philippine President Rodrigo Duterte expressed regret Tuesday over his "son of a bitch" remark while referring to President Barack Obama, in a rare display of contrition by a politician whose wide arc of profanities has unabashedly targeted world figures including the pope and the U.N. chief.

In a statement read out by his spokesman, Duterte said that while his "strong comments" in response to questions by a reporter "elicited concern and distress, we also regret it came across as a personal attack on the U.S. president."

Duterte had made the intemperate remarks Monday before flying to Laos, where he is attending a regional summit. He had been scheduled to meet Obama separately in Laos, but Obama indicated he had second thoughts, and the White House announced that the meeting had been canceled.

The Philippines did not comment publicly on the cancellation until about nine hours later, when Duterte's statement said that both sides had "mutually agreed to postpone" the meeting.

Even though Duterte's latest comment does not amount to an apology, the expression of regret is unusual for the tough-talking former mayor, who is unapologetic about his manner of speech and liberally peppers casual statements with profanities such as "son of a bitch" and "son of a whore."

But perhaps Duterte's aides realized it would be unwise to take on the most powerful official in the world, and that there would be a price to pay for insulting the president of the United States.