Perfect Timing: Rest Of Clinton State Department Calendar Won't Be Released Until After The Election 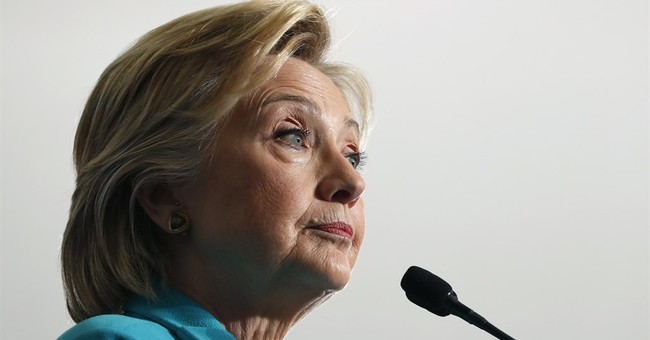 So, Hillary Clinton's State Department calendar won’t be fully released until after the election. The Associated Press reported on this development yesterday. They added that about half of the calendar has been released in accordance with a federal court order. On August 23, AP wrote that more than half of the people Hillary met with outside of government, while serving as secretary of state, were Clinton Foundation donors. It rehashed the ethics allegations regarding cash for access that have plagued the Clinton Foundation and the former first lady's presidential campaign.

The nonprofit has been criticized for being a place for the wealthy and well connected to cash in their favors with the power couple, usually after offering a sizable donation to their nonprofit. Now, it seems as if Team Hillary has dodged a bullet regarding more potential allegations of ethically questionable rendezvous between the former secretary of state and donors until December 30:

The AP's lawyers late Friday formally asked the State Department to hasten that effort so that the department could provide all Clinton's minute-by-minute schedules by Oct. 15. The agency did not immediately respond.

The schedules drew new attention this week after the AP analyzed the ones released so far. The news agency found that more than half the people outside the government who met or spoke by telephone with Clinton while she was secretary of state had given money — either personally or through companies or groups — to the Clinton Foundation. The AP's analysis focused on people with private interests and excluded her meetings or calls with U.S. federal employees or foreign government representatives.

The AP's reporting was based on official calendars covering Clinton's entire term plus the more-detailed daily schedules covering roughly half her time as secretary of state. The AP first asked for Clinton's calendars in 2010 and again in 2013. It then sued the State Department in federal court to obtain the detailed schedules, and the department so far has provided about half of them under court order.

The State Department is now estimating there are about 2,700 pages of schedules left. Under its process, it is reviewing and censoring them page-by-page to remove personal details such as private phone numbers or email addresses. In some cases it has censored names of people who met privately with Clinton or the subjects they discussed.

It’s a snowball effect that needed to be stopped for the Clinton campaign. These apparent ethical questions between Clinton, the Foundation, her time at State, and donors appears to be impacting her with voters concerning trust, which might explain why she hasn't been able to deliver deathblows to Donald Trump. Jonathan Swan of the The Hill also listed seven ways where the Clinton Foundation has failed to meet its benchmarks concerning transparency. Here’s a summary:

So, yeah, if I were a Clinton operative, I wouldn’t want any more Clinton Foundation/State Department scheduling conflicts falling into the hands of the press…until after the election.