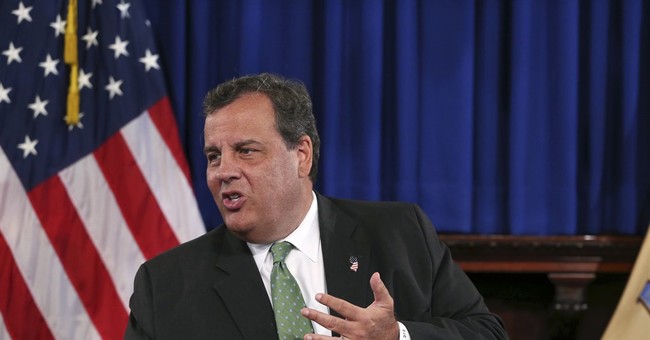 New Jersey Republican Gov. Chris Christie hasn’t been the strongest Second Amendment supporter. In fact, some of his positions have been terrible. During his brief 2016 presidential campaign, he told The Des Moines Register that he supports denying gun purchases to those on terror watch lists. He signed a state-based law back in 2013. It sounds fine, until you see that it really deprives innocent Americans of their gun rights without due process. These lists are secretive, flawed, and unconstitutional. They should not be used as a compliment to our National Instant Criminal Background Check System (NICS). After all, Rep. John Lewis (D-GA) and the last Sen. Ted Kennedy were on these lists. They would be deprived of their Second Amendment rights, but I digress.

With Christie out of the presidential game, and nixed at being chosen as Trump’s vice presidential candidate, the governor is preparing for his swan song. It appears that part of that act is to try and make New Jersey more gun-friendly by turning it into a “shall issue” state and vetoing a slate of gun control bills from the legislature (via NJ.com):

The right to own a gun is a fundamental one enumerated in the Constitution," Christie said in a statement. "I continue to oppose the relentless campaign by the Democratic legislature to make New Jersey as inhospitable as possible to lawful gun ownership and sales."

Christie said he wants to make New Jersey a "shall-issue" state for concealed carry firearms, where authorities who issue gun licenses grant them in most cases.

The bill sought to more strictly define the "justifiable need" residents must show to obtain a permit to carry a handgun in New Jersey.

Under the nixed bill, those applying for a permit would have to demonstrate "the urgent necessity for self-protection, as evidenced by specific threats or previous attacks which demonstrate a special danger to the applicant's life that cannot be avoided by means other than by issuance of a permit to carry."

Also, Christie sent back a bill to the Legislature that its sponsors said would have spurred development of personalized handguns.

The bill (A1426) would have loosened an existing state law that is said to have stifled the exact thing it was designed to encourage: so-called smart guns. Existing law requires that only personalized handguns be offered for sale three years after they are properly vetted and on the market. The aim of the law was to stem accidental shootings and "child proof" the weapons.

Bill sponsors hoped the revised mandate requiring only that retailers offer at least one model for sale would clear the way for development of smart guns.

Of course, NJ Democrats slammed Christie for pandering to gun rights groups. Yet, if there’s any criticism on the Right, it’s that this is a hopeless crusade aimed at trying to rebuild his conservative bona fides before he’s shown the exit. It’s window dressing. There’s no way New Jersey liberals are going to back his bid to loosen the state’s horrendous gun laws. It’s just not going to happen. There’s no way enough Democrats are going to risk their credibility with their voters over the lame duck governor. On the Right, why even take this little PR stunt seriously for a man who literally torpedoed his own integrity by throwing his lot in with Donald Trump. Christie had been very critical of Trump in the primaries. His endorsement was self-serving, and this gun push is no different.

Last Note: Probably should've mentioned briefly the difference between shall issue and may issue carry states. Shall issue means if the applicant has submitted the related forms properly and passed the required background check, that person must be issued a permit. In Virginia, it's usually within 45 days, though depending on the county, it could arrive much sooner. May issue carry states are typically heavily Democratic and anti-gun, like New Jersey, New York, and California. In this case, the overseeing authority for the carry permit process can deny the applicant a permit for arbitrary reasons, even if they've successfully passed a background check. Fox Business' John Stossel tried to get a concealed carry permit in New York. It was an arduous process that took almost nine months and he ended up being denied a permit.