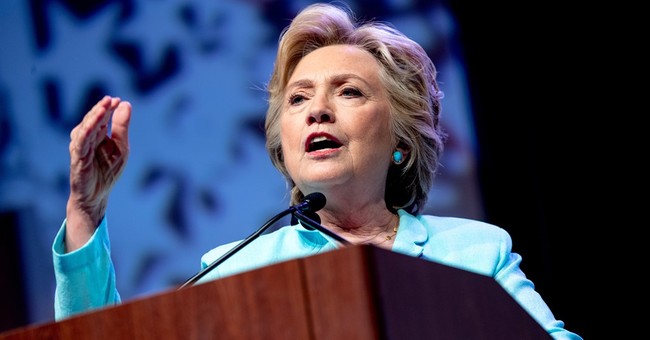 The families of Benghazi victims Sean Smith and Tyrone Woods are claiming that former Secretary of State Hillary Clinton is personally liable for the deaths of their children. The wrongful death suit alleges that Clinton told Patricia Smith, mother of Sean, and Charles Woods, father of Tyrone, that an anti-Muslim YouTube video was the reason the compound was assaulted and not part of a planned terrorist attack executed by Ansar-al-Sharia or Al-Qaeda—both groups have been pegged as perpetrators in the attack.

Patricia Smith was pretty much called a liar by the former first lady during the Democratic debates, while Mr. Woods feels that Clinton is either a liar or suffering from bad memory due to a head injury. Ms. Smith’s case has gained renewed attention since Republican nominee Donald Trump went after the family of Army Captain Humayun Khan, who was killed in Iraq. Khan’s parents, Khizr and Ghazala, addressed the Democratic National Convention and ripped Trump as an ignoramus who has sacrifice nothing for the country. Trump responded by asking why Cpt. Khan’s mother was silent on stage, suggesting that their religious background might have prevented her from speaking. It was a horrible remark that saw Ghazala writing an op-ed in The Washington Post in response. Captain Khan was killed in 2004.

Trump went after a Gold Star family. It’s awful, but so did Hillary Clinton. That’s what some are saying the media is glossing over with their coverage on Trump in this situation. At the same time, it leaves a rather poor taste in Republicans' mouths that their only defense is that Clinton is just as bad a candidate as ours in this kerfuffle.

NBC4’s Scott MacFarlane also points out that the suit faults Clinton for negligence and “intentional infliction of emotional distress. You can read the lawsuit here:

Immediately after the attack, Defendant Clinton, in an effort to save the re-election chances of President Barack Obama, and in turn, her own chances at the 2016 Presidency, lied to Plaintiffs and the public at large that the Benghazi Attacks were caused by Islamic reaction over an anti-Muslim YouTube video that had been posted on the internet. These lies were perpetrated despite the fact that she knew immediately that this video was actually not the cause of the attack—information that she shared with the Prime Minister of Egypt and her own daughter, Chelsea Clinton, but hid from Plaintiffs and the public at large. Defendant Clinton even promised Plaintiffs that the person responsible for the video would be arrested. Plaintiff Woods recorded the conversation with Defendant Clinton contemporaneously in his diary, which he has recorded in for many years. Now, Defendant Clinton, in an attempt to save her reputation and intimidate Plaintiffs and their surviving family members into silence as she attempts to be elected President in the November, 2016 election, has gone on a defamatory smear campaign to paint Plaintiffs as liars in the public eye in order to discredit Plaintiffs, who have been vocal about Defendant Clinton’s pattern and practice of dishonesty regarding what caused the Benghazi attack, its aftermath, and the death of their sons.