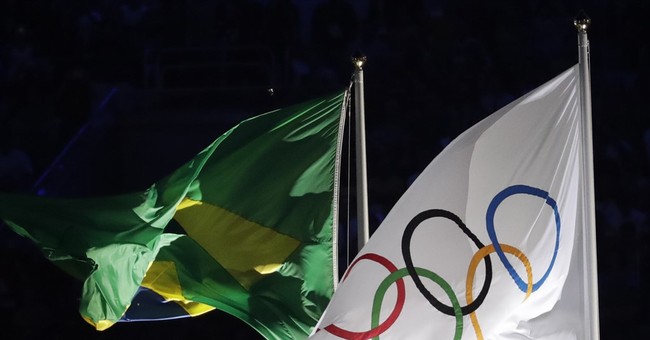 Well, it appears feuds between nations don’t end with the Olympics, though historically the games were meant to such hostilities to cease—at least temporarily for this epic athletic event. For the Israeli and Lebanese teams, things got a bit heated at the outset when the latter refused to ride in the same bus (via Times of Israel):

“I kept on insisting that we board the bus and said that if the Lebanese did not want to board as well they are welcome to leave,” Udi Gal, the Israeli sailing team trainer, wrote in a Facebook post Friday.

“The bus driver opened the door, but this time the head of the Lebanese delegation blocked the aisle and entrance. The organizers wanted to avoid an international and physical incident and sent us away to a different bus.”

So far, no official response on behalf of the delegations was given regarding the incident. The Olympic organizing committee has not yet offered any statement about the incident either.

So, I guess the silver lining is that no fights broke out—and the publication added that Israel has the largest delegation in its history in Rio. Still, it was a rather disgusting lack of sportsmanship on behalf of Lebanon.