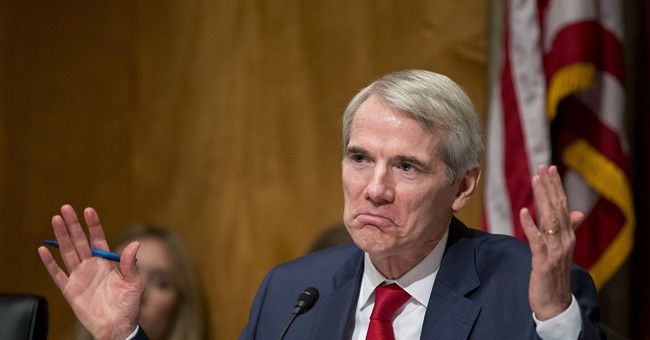 Ohio Republican Senator Rob Portman just got a rather interesting endorsement, showing the politics sometimes makes for strange bedfellows. A local Black Lives Matter chapter has endorsed Portman over his Democratic rival former Ohio Gov. Ted Strickland because he ran the state into the ground (via Politico):

Black Lives Matter of Cuyahoga County is announcing Friday that they are backing the Ohio Republican in his Senate reelection bid, an extremely unusual and notable endorsement from a movement that has been more aligned with Democratic politicians.

The group harshly criticized Democratic challenger Ted Strickland’s management of the state’s finances when he was Ohio governor – saying he “managed to destroy Ohio’s budget and deplete its billion-dollar Rainy Day Fund.”

“In the current atmosphere of identity politics, BLMCC understands that endorsing even a well-qualified Republican such as Portman seems controversial; despite the fact that it was minorities who suffered the brunt of Ted Strickland’s gross financial mismanagement,” the organization’s president, Jeff Mixon, said in a statement Friday.

Portman and Strickland are in a tight race that’s a key one for Republican if they wish to maintain control of the Senate. At the beginning of the year, Strickland was leading Portman between three to six points, but as we’ve entered the summer—the polls have the incumbent Republican. Portman leads by an average of four on