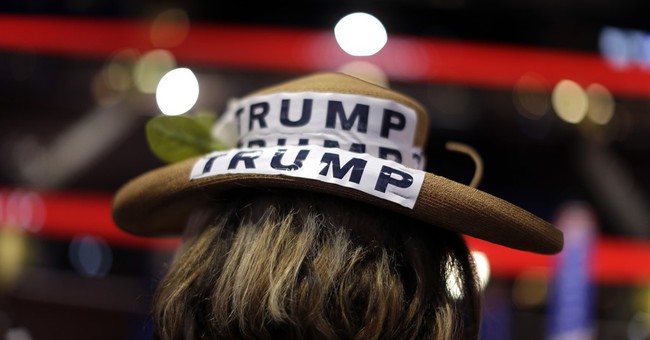 If you’re a delegate at the Republican National Convention, it’s probably good form not to post racist messages on social media. For Lori Gayne of the Illinois delegation, that advice was not heeded and the Illinois GOP promptly revoked her credentials once it was discovered she was the one that used racial slurs when commenting on the security situation in Cleveland (via Chicago Sun-Times):

The executive committee of the Illinois GOP party made the decision regarding Fifth Congressional District delegate Lori Gayne after party officials said she confirmed to them she was the author of the offending post, made under a different name.

The Republican National Convention welcome party was thrown Sunday at the Rock and Roll Hall of Fame and Museum. Gayne wrote, over a photo of law enforcement officials on the roof on the iconic building on the Lake Erie shore:

“Our brave snipers just waiting for some “N—- to try something. Love them.”

She used an abbreviation for the racial slur.

Gayne offered her “deepest apologies” in a statement, saying, “I strongly regret the offensive statements I recently made on social media. While I in no way intended to make racist or threatening statements, I now realize that they could be interpreted that way.

“I have the deepest respect for members of law enforcement and know that they put their lives on the line every day. I made the offensive statements in my attempt to applaud their courage in the face of protests. But I now realize that my statements were ignorant and intolerant, and they cannot be justified.

“The statements do not reflect my character or feelings toward minorities. As a Jewish woman, I know that racism of any kind is unjustifiable and hurtful, even when it’s not intended. I also know that violence is never the answer to political disagreements.

“Not intended”? So, the n-word is not really racist if the person who uses it doesn’t have that intention? This lady isn’t playing with a full-deck. Moreover, being a Jewish woman, she has to know about the rise of anti-Semitism occurring on college campuses and around the world. But, besides that—this was totally inappropriate. There are other ways to express gratitude for law enforcement than saying they’re protecting us from black people.

Alas, the convention is over, but her state party made the right choice. As for the security situation in Cleveland it was very well organized. Nothing really happened regarding violence from protestors at the convention. Metal fences with concrete barriers behind them dotted the event area around the Quicken Loans Arena. There were also thousands of law enforcement officers, with National Guard units embedded with them. Nothing was going to get out of control.