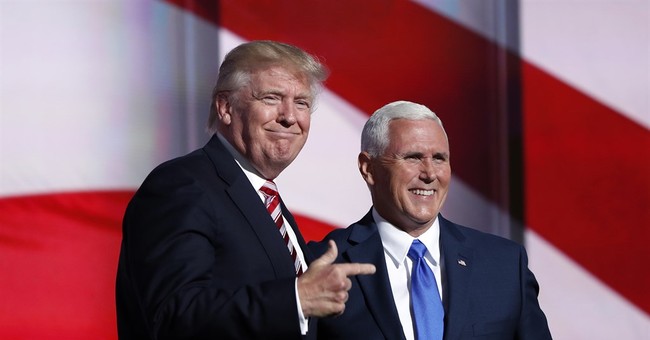 In the wake of the attempted military coup in Turkey, the Russian aggression in Eastern Europe, and threats faced from ISIS and radical Islam, Republican nominee had something to say to our allies in NATO. If you’re attacked, don’t expect help right away (via NYT):

“I don’t think we have a right to lecture,” Mr. Trump said in a wide-ranging interview in his suite in a downtown hotel here while keeping an eye on television broadcasts from the Republican National Convention. “Look at what is happening in our country,” he said. “How are we going to lecture when people are shooting policemen in cold blood?”

He said the rest of the world would learn to adjust to his approach. “I would prefer to be able to continue” existing agreements, he said, but only if allies stopped taking advantage of what he called an era of American largess that was no longer affordable.

He even called into question whether, as president, he would automatically extend the security guarantees that give the 28 members of NATO the assurance that the full force of the United States military has their back.

For example, asked about Russia’s threatening activities that have unnerved the small Baltic States that are the most recent entrants into NATO, Mr. Trump said that if Russia attacked them, he would decide whether to come to their aid only after reviewing whether those nations “have fulfilled their obligations to us.”

He added, “If they fulfill their obligations to us, the answer is yes.”

For a party that’s grounded in national security, and trusted by the American voters of matters as such, it might be a bit unsettling that the GOP standard bearer has said, more or less, that he would let NATO burn if they don’t get their act together. At the same time, isn’t this what Trump told us back in April? (via CNN):

"America first will be the overriding theme of my administration," Trump said in his remarks at Washington's Mayflower hotel, delivered from a prepared text and in a subdued fashion starkly at odds with the free-wheeling rhetorical style that has powered his political rise on the campaign trail.

"Under a Trump administration, no American citizen will ever again feel that their needs come second to the citizens of foreign countries," Trump said.

He added, "My foreign policy will always put the interests of the American people and American security first."

As Trump has said on the stump, he does plan to rebuild our military—and mentioned our nuclear arsenal in the Times interview, which is slated to be upgraded. Yet, they added that the price tag for the modernization is a whopping $500+billion, which is going to drop in the lap of the next president. So, in short, Trump really didn’t say much that deviated from what he’s already said about his view on American foreign policy. At the same time, as Ed wrote over at Hot Air, to offer such wanton indifference on security matters is dangerous. This was explicitly shown in the days leading up to Saddam Hussein’s invasion of Kuwait, where our ambassador to Iraq, April Glaspie, gave the Hussein government the diplomatic version of the “we really don’t care” answer regarding the border issue that led to our first invasion in 1991.

At a time when the Obama administration has failed miserably abroad in Libya, Yemen, Syria, Ukraine, and Iran, it really is a time to show strong leadership abroad. We’ve seen what happens when the U.S. retreats from the world. Trump’s indifference towards honoring our defensive commitments to NATO could be seen as a continuation of that retreat.

We have Russian fighter jets buzzing our destroyers. Do we really want to give them more leeway? That signal is partially what allowed Putin to just walk in and annex Crimea in what this administration called an “uncontested arrival.” Alas, we have a new word for invasion.