Baton Rouge Shooter Was A Marine, Possibly A Black Separatist 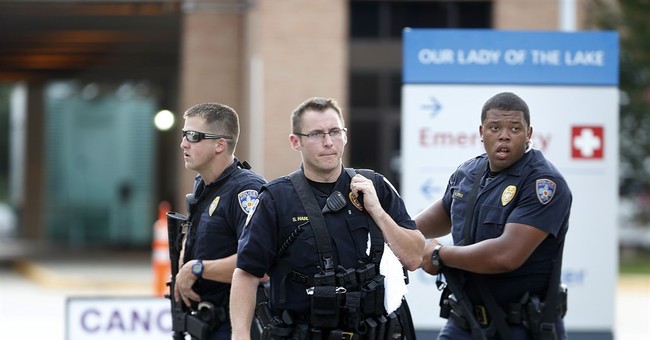 There were reports that Baton Rouge shooter Gavin Long had a military background in the aftermath of the horrific ambush he laid for police officers. Long killed three officers, and wounded at least three others. He was killed after a gunfight with law enforcement.

Well, the military background has been confirmed. Long was a sergeant in the U.S. Marine Corps, who also lived by another alias. He was also possibly a member of a black separatist group (via The Guardian):

CNN reported that the separatist group he supposedly belonged to was called Washitaw Nation:

After he was killed, investigators found a card on Long's body suggesting he was a member of the Washitaw Nation, according to two law enforcement officials.

The Southern Poverty Law Center describes the Washitaw Nation "as a sovereign tribe descended from pre-Columbian blacks who settled in North America."

Long legally changed his name to Cosmo Ausar Setepenra in May 2015, claiming that he was "seeking to correct" his name, because he was part of the indigenous society, United Washitaw De Dugdahmoundvah Mu'er nation.

The group is just one of many fringe groups to which the gunman may have belonged.