CBS NEWS: Shooter In Baton Rouge Attack Has Been Identified 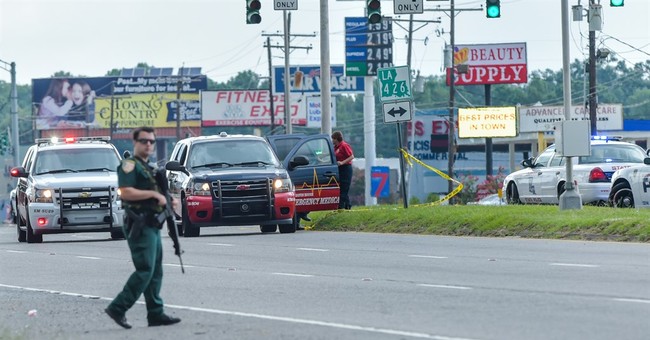 Justin wrote about the horrific shooting in Baton Rouge, Louisiana, where police were targeted and apparently ambushed by three suspects. Three officers have been killed, with four others wounded. CBS News has reportedly identified one of the gunmen as Gavin Long of Kansas City, Missouri,  who seems to have carried out this attack on his birthday:

The deceased suspect in the deadly shooting of Baton Rouge law enforcement officers appeared to have attacked police on his 29th birthday, CBS News has learned.

The suspect has been identified as a black male named Gavin Eugene Long of Kansas City, Missouri, sources tell CBS News. He was born on July 17, 1987.

One suspect was killed and two others might still be at large, Casey Rayborn Hicks, a spokeswoman for the East Baton Rouge Sheriff's Office, previously said. However, Louisiana state police said Sunday afternoon there is "no active shooter" in Baton Rouge.