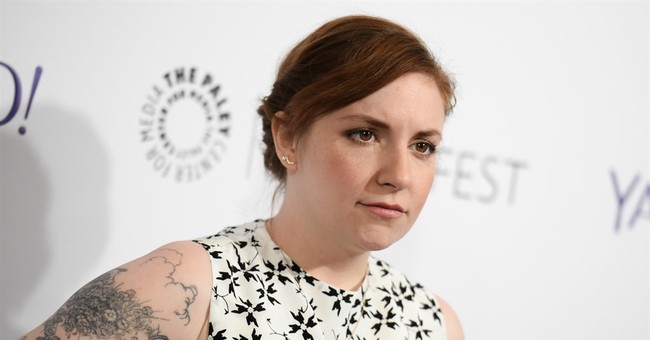 Liberal actress and feminist stalwart Lena Dunham has been on a roll lately. She pretty much blamed white people for the police-involved shooting death of Alton Sterling in Louisiana. Then, she voiced her support for the whiny and emotionally fragile students of Oberlin, her alma mater, who are accusing the school of being insensitive for having “culturally appropriated” food. It’s apparently centered on the school’s sushi selection (I’m not kidding). Now, after recent incidents of gun violence, Dunham thinks it’s a good idea to remove posters promoting the upcoming Jason Bourne movie that feature firearms…because that is totally going to stop future gun violence. Don’t expect any push back from Matt Damon, who portrays the amnesiac government agent, he supported that Australia did, which was to institute a virtual gun ban (via Variety):

“Hey New Yorkers, what if we do some peeling and get rid of the guns in the Jason Bourne subway ads,” Sagher wrote. Dunham later shared the post, writing “Good idea…Let’s go!”

Damon, himself, has also spoken out against America’s gun violence in recent weeks. He told the Sydney Morning Herald that the U.S. government could learn a thing or two from Australia.

“You guys did it here in one fell swoop and I wish that could happen in my country, but it’s such a personal issue for people that we cannot talk about it sensibly. We just can’t,” he said.