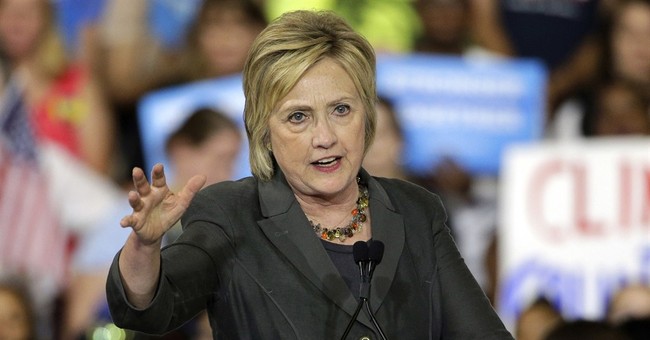 We now know that Hillary Clinton had various emails on multiple chains that were deemed classified at the time they were sent or received. The briefing that FBI Director James Comey gave earlier this morning was incredibly damning to the entire Clinton narrative over her email use. The State Department Inspector General had reported earlier that Clinton and her team did not seek approval to set up this private email system—and, contrary to claims made by the former first lady, it would not have been given the green light if she had come forward with this unusual request. Over the Fourth of July weekend, The New York Post reported that top aide Huma Abedin admitted that some of Clinton’s State Department schedules were thrown into a burn bag:

Huma Abedin was deposed in connection with a Freedom of Information Act lawsuit into Clinton’s emails — but her admission could be relevant to another lawsuit seeking Clinton’s schedules.

“If there was a schedule that was created that was her Secretary of State daily schedule, and a copy of that was then put in the burn bag, that . . . that certainly happened on . . . on more than one occasion,” Abedin told lawyers representing Judicial Watch, the conservative organization behind the emails lawsuit.

Abedin made the surprising admission in response to a question about document destruction at the Department of State. A lawyer for Judicial Watch asked: “And during your tenure at the State Department, were you aware of your obligation not to delete federal records or destroy federal records?”

A former State Department official told The Post it was unprecedented for a diplomat to destroy a schedule like this.

“I spent eight years at the State Department and watched as four US ambassadors and two secretaries of state shared their daily schedules with a variety of State Department employees and US officials,” said Richard Grenell, former diplomat and US spokesman at the United Nations.

“I’ve never seen anyone put their schedule in the burn bag — because every one of them had a state.gov email address and therefore their daily schedules became public records, as required by law.”

The deposition stems from Judicial Watch’s lawsuit over a FOIA request into Clinton’s emails, including the employment of Huma Abedin at State—and what forces gave Abedin authorization to find “outside employment” while also working for then-Secretary of State Hillary Clinton. The Associated Press  reviewed Clinton’s State Department calendar, noting that there were many meetings with political donors that were missing. They added that while there doesn’t seem to be anything felonious at present, it does distort the record of Clinton’s tenure as our top diplomat, as “depictions of Clinton's access to political, corporate and other influences” can’t be fully verified. It strikes (again) at the heart of one of Clinton’s biggest issues with voters: Trust and honesty.

This isn't the first time Clinton has destroyed things that are, for all intents and purposes, public record. She deleted 30,000 emails she thought were personal at the outset of her email fiasco that the State Inspector General said violated the Federal Records Act.